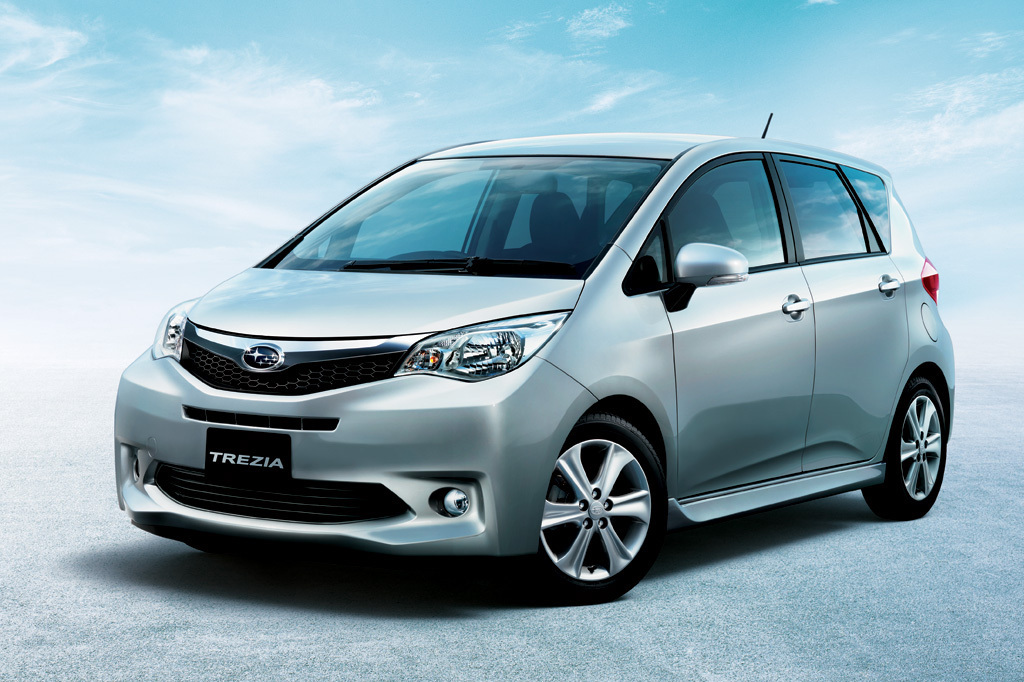 Japanese manufacturer Subaru is taking aim at the compact segment of the automotive industry with this week's release of the Trezia. The model, in fact a rebadged and slightly restyled Toyota Verso, is being built by Fuji Heavy Industries on a OEM basis.

The Trezia is powered by a choice of two engines, a 1.3i version and a 1.5i unit. Both are paired with a CTV transmission, while the compact is being offered in a choice of either two wheel drive or four wheel drive configurations.

“We will pursue our compact car business on an original equipment manufacturing basis under the alliance," Ikuo Mori, president of Fuji Heavy Industries said in a press conference held to honor the launch of the model.

The Trezia is the first model to be manufactured by Fuji Heavy Industries after the tie up with Toyota back in 2008. It will most definitely not be the last, as the two plan to launch a production version of the FT-86.

The FT-86 concept, definitely a more carefully designed vehicle, will arrive in production guise sometime in 2012. The concept is powered by a 2.0l petrol unit linked to a six-speed manual gearbox.

At the Australian International Motor Show (AIMS), Toyota presented the FT-86 G concept, a car drawn in Toyota's ED2 styling studio in France. It features Subaru engineering, including the 2.0l boxer engine fitted on it.

The new-generation Toyota sports car which will spawn from this concept is designed to revive the spirit of the Corolla AE86, sharing its front-engine, rear-wheel drive format, with a lower than usual center of gravity.