1 Buy a Subaru, Get a Free Accessory Kit 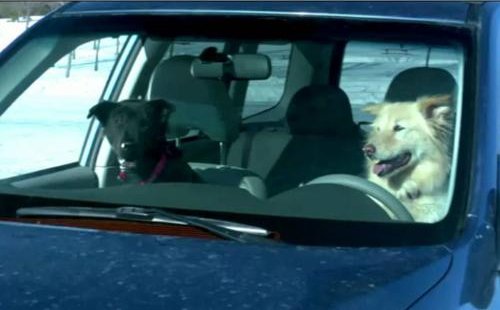 Subaru’s love for dogs doesn’t stop at just launching free lifestyle-specific accessory kits, but it now aims to rival the Super Bowl event. The automaker announced "Dog Tested. Dog Approved." campaign and the new Subaru Game Day Dog Walk Event, inviting dog owners to enjoy some quality time with their four-legged friends instead of sitting on the couch for an all-day football-watching marathon.

Now, without any shadow of misogyny that might obscure this campaign, we could say this could work better with those wives that don’t like football that much...

However, Subaru insists it can be a worthy rival and invites dog owners to pledge to walk their dog on Game Day via Subaru.com, or on Subaru of America's Facebook page.

Dog lovers who sign up and commit to get outdoors on the big day will see an up-to-the-minute tracker that streams a live count of the number of dogs walking across the country. Those who join on Subaru's Facebook page can also submit a picture and story of their dog.

"We know that Subaru lovers tend to be dog lovers, with two-thirds of Subaru owners being pet owners, too – so the 'Dog Tested' initiative was created to highlight Subaru owners' love for their canine companions in an engaging, interactive way," said Brian Johnson, National Advertising Manager, Subaru of America. "What better way to show that love than to commit to doing something healthy and active – for dogs and their humans – during one of the most popular days for lounging on the couch."