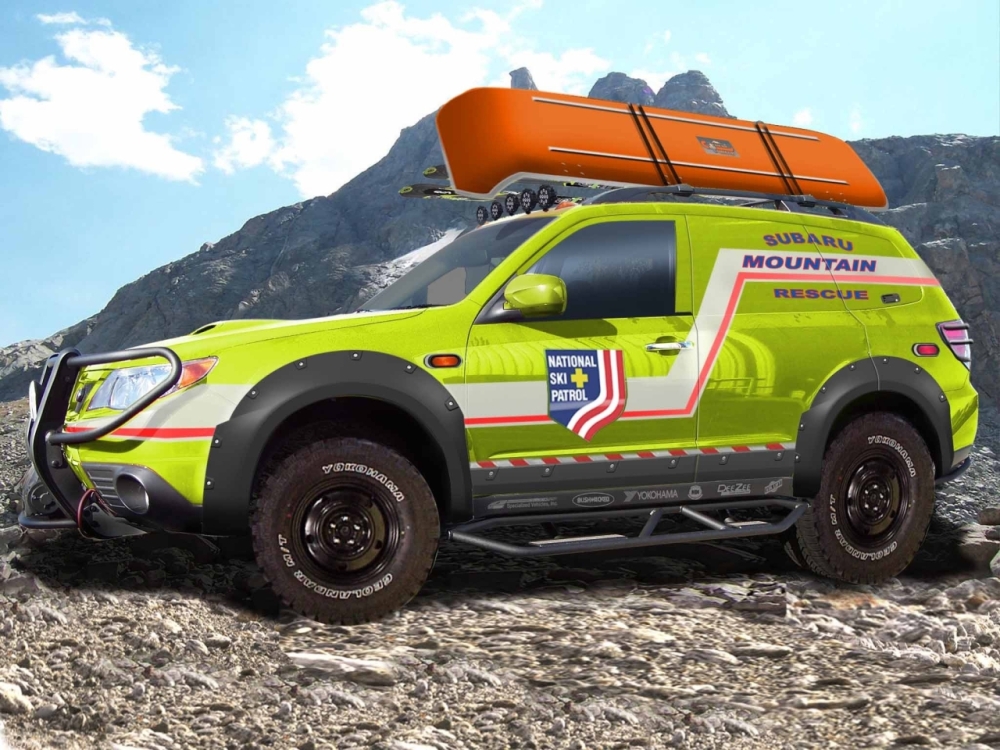 Apart from the Forester XTI Concept prepared by Subaru for SEMA, the carmaker has also announced the Mountain Rescue Vehicle, a Forester-based model that includes a wide range of life-saving features, starting with an emergency light package and ending with roof-mounted LED spotlights. The concept will be unveiled at the 2008 Specialty Equipment Manufacturers Association (SEMA) together with the main Forester XTI model.

First of all, the Mountain Rescue Forester comes with increased ground clearance, which now measures 8.9-inches; with SUVs, this parameter usually ranges between 6.5 and 7 inches. In addition, the vehicle is capable of enhancing the ground clearance through the Air Lift custom adjustable ride height air suspension system available as standard. And because off-road abilities are very important for such a vehicle, Subaru has equipped the car with Yokohama Geolandar MTS 30x9.5-inch tires mounted on 15-inch steel wheels.

“For extra protection on the trails, the Forester Mountain Rescue Concept is equipped with custom front and rear skid plates by DeeZee and custom Trail Armor by Bushwacker, including fender flares, lower door cladding, a rear gate guard and tail light guards,” Subaru described some of the features.

Getting back to the emergency features, Subaru's Mountain Rescue Forester includes an emergency light package combined with Visi Light LED spotlights (five of them mounted in front and two in the rear) especially introduced to help the driver illuminate a certain area.

Moreover, the new concept features an “ultimate Performance 9.5i Thermometric 9,500 lb. Winch” provided by WARN combined with extra wide round crossbars and a rescue toboggan.

The car was especially designed for the National Ski Patrol (NSP) but will be officially unveiled at SEMA, the auto show held in Las Vegas between 4-7 November.