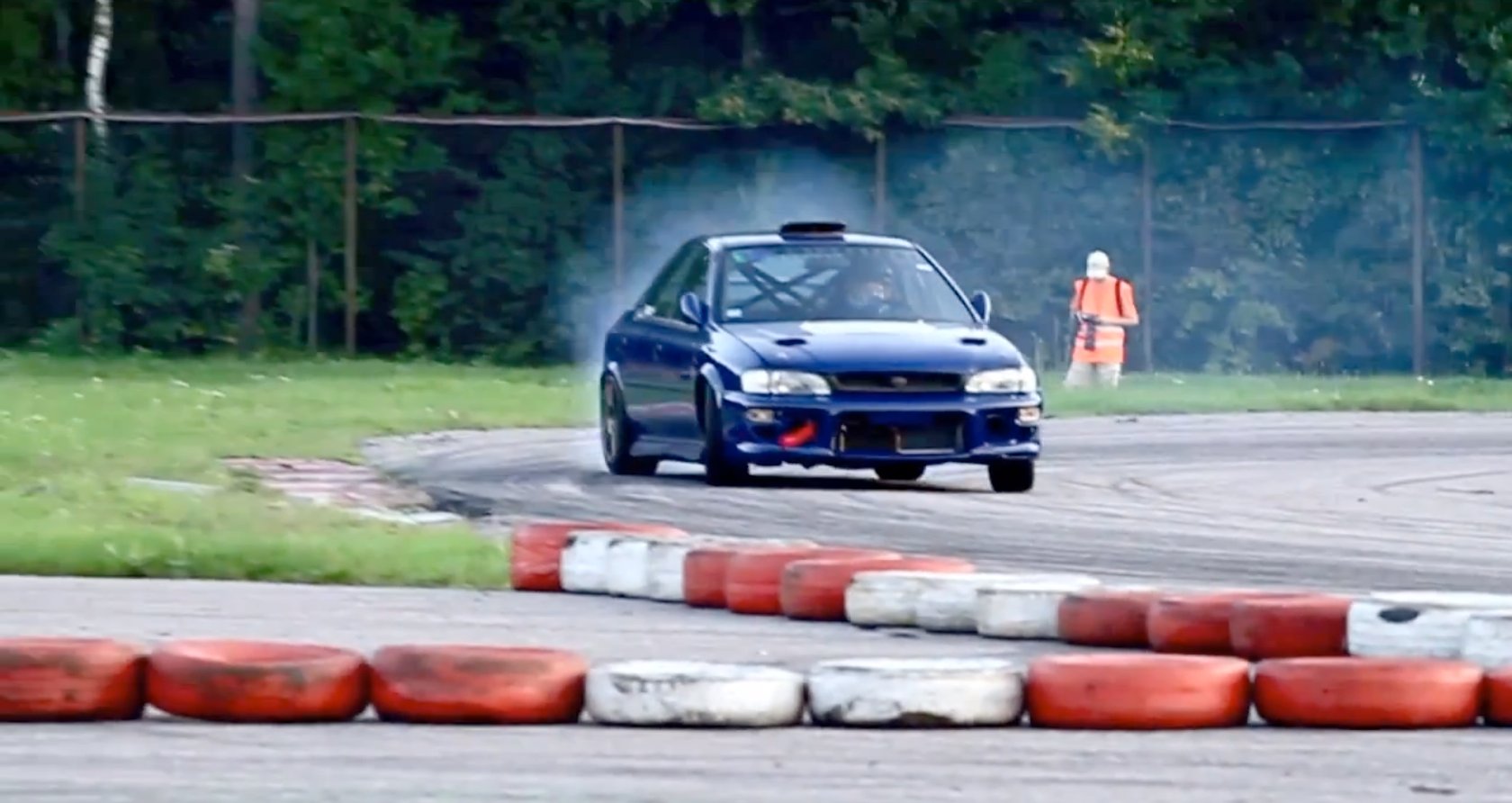 The E60 BMW M5 (the previous generation of the Power War fighter) and the Subaru Impreza are two cars that share one thing: the love for performance. However, the way in which they deliver it couldn’t be more different.

The M5 tears up its rear tires, sending the back out whenever you step on the gas with serious intentions, while the Impreza likes more neutral handling, using its all-wheel-drive to hold on to the road.

Well, somebody has decide to combine the two, offering a sweet definition of the “engine swap” notion, as we see on this video which was borught to us via Jalopnik.

Yes good people, this is a 1996 Impreza with an M5-sourced naturally aspirated V10 powerplant under the hood. So, let’s see... the Scooby has lost its all-wheel-drive, becoming a tail-happy beast. A 500+ hp tail-happy beast.

We’re inviting you to sit back, relax and watch the footage that shows the monster devouring one trackday corner after another. However, you won’t only feast your eyes, as the soundtrack provided by those German explosions under the hood is just as sweet as the Japanese metal on the outside.

We’re pretty sure that there is somebody that is complaining about all this - the rear tires. We’re expecting that the owners needs a new set each day. Well, you know what they say... good things come to those who... drift.

We were wondering, should file this under Subaru or BMW?