Big fan of Subaru and their Symmetrical All-Wheel-Drive? So are we. Since today is Friday, we have another reason for you to celebrate - the Japanese brand has built 15 million cars with their famous AWD system.
1 photo
The first Subaru with four-wheel-drive was the Leone 4WD Estate. This model was made in September 1972, but the Japanese carmaker expanded its all-wheel-drive offering in the subsequent years.

In the '90s, Subaru’s all-wheel-drive system was on the lips of every rally fan, as the late legendary Colin McRae raced a WRC Impreza (and other models) with the technology.

In 2015, Subaru did not compete in a single WRC event, but 98% of their global sales are composed of vehicles with all-wheel drive systems.

All the models in question were fitted with the latest version of the technology, which still follows the principles used by Subaru when it started out making four-wheel-drive cars.

Subaru’s Symmetrical All-Wheel-Drive system claims to be superior to competing solutions because of the longitudinally-mounted boxer engine and the way the four-wheel-drive system is designed around it.

The Japanese carmaker explains that the boxer engine provides a lower center of gravity, while their all-wheel-drive system provides superior stability and traction thanks to its intelligent design.

The idea behind this method is that the entire driveline is mounted in a straight and symmetrical line, from the engine to the rear differential. Thus, there is no extra weight on one side or the other of the driveline components.

The driveshafts are equal in length, and every drivetrain component has its match on the other aspect of the vehicle. Together with a low center of gravity brought by the boxer engine, Subaru cars with all-wheel-drive provide a particular type of handling. We appreciate the way the Japanese carmaker managed to make all of its modern all-wheel-drive cars operate in a similar manner. 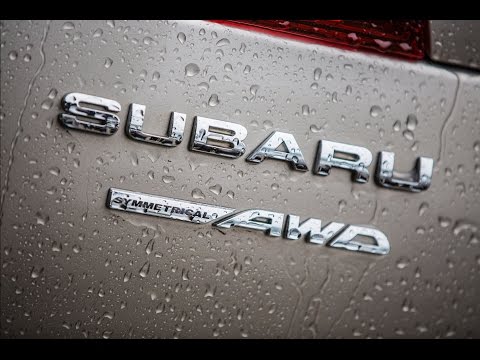