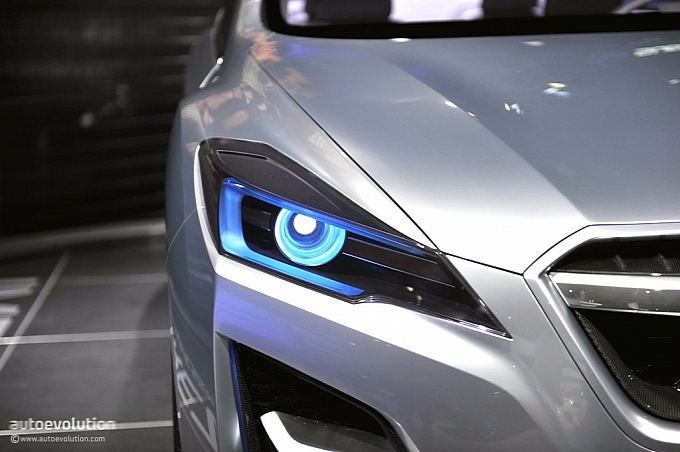 Following last year’s environmentally-firendly themed display that included multiple eco innovations, this time Subaru has prepared a whole different approach for the 2011 Geneva Auto Show (March 3-13). The automaker announced it will exhibit one World and two European premieres at the event.

Specifically, the Japanese auto brand will showcase the Subaru Impreza Concept, which made its world debut at the recent 2011 NAIAS event, and the Subaru Trezia as European premieres, and the “Subaru Rear-Wheel Drive Sports Car Technology Concept” as a world premiere.

The Subaru Trezia, characterized by the manufacturer as a “New Compact Smart Wagon,” is a touring compact car with an overall body size of less than 4 meters in length. Available in Europe in a choice of a 1.3-litre petrol engine and 1.4-litre turbo diesel engine (CO2 emissions of 113 g/km).

Finally, the most controversial model to be presented by Subaru at Geneva 2011 is the so-called “Subaru Rear-Wheel Drive Sports Car Technology Concept,” which we think it is likely to be final form of the FT-86 coupe that has been fiercely teased for a while now.

Here is what Subaru has to say about the ‘surprise’ concept:

“A Subaru rear-wheel drive sports car is currently under joint development as part of the business alliance with Toyota Motor Corporation. Based on an all-new platform, the vehicle will offer Subaru’s distinctive trademark and core technology: the “Horizontally-Opposed Subaru Boxer engine”. The concept embodies Subaru’s established know-how in manufacturing boxer-powered passenger cars; it shows how Subaru proposes to integrate this expertise into a rear-wheel drive car to offer a new and highly enjoyable, Subaru-like driving experience. The technology concept will demonstrate how the all-new car platform makes full use of Subaru’s engineering and Boxer technology.”