5 James Webb Telescope Starts Its Journey to French Guyana on Its Way to Space
Car video reviews:
Up Next

At last, after more than $10 billion spent on its development, and a delay of more than 14 years from the original launch date, the James Webb Space Telescope (JWST) departed Earth on Christmas Day, heading to its designated position in space, from where it should spy on the stars and the early Universe.
10 photos

NASA, ESA, and the Canadian Space Agency all covered the launch extensively over the Christmas weekend, because Webb is both the year’s last high-profile mission, and, as said, something people have been waiting for decades to happen.

As you’re reading this, the Webb is on its way to its designated position, some 1 million miles (1.6 million km) away from Earth, from where it will direct its 6.5-meter (21.3-feet) diameter mirror and other hardware away from our planet, in an effort to “see first galaxies, distant worlds.”

So far, things are looking just right for a proper deployment of the telescope, the largest and most complex ever made, in its position. This operation, which NASA calls commissioning, should take about six months, at which time “Webb will deliver its first image.”

Until then, however, the telescope will have to survive something NASA calls unfurling, “the most difficult and complex deployment sequence ever attempted in space,” which is expected to take place over the next 29 days. During these operations, “thousands of parts must work correctly, in sequence, to unfold Webb and put it in its final configuration, all while it flies through the expanse of space alone, to a destination nearly one million miles away.” (video of how challenging that will be can be found below.)

Until the thing delivers its first images, we’ll have to make due with what we have available at the moment on the subject, and the launch pics released by the European space agency will have to do. They show the moments immediately after ignition, when the Ariane 5 rocket began lifting itself from the pad in the French Guiana and soaring towards the heavens. 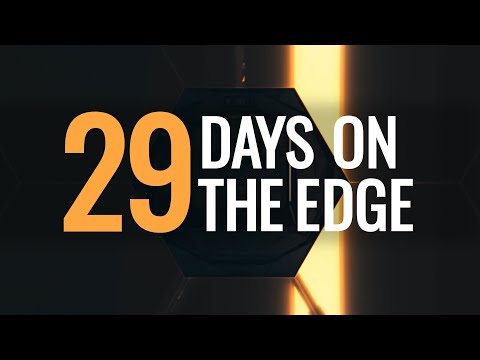