1 YES E-Scooter Is Chic in a Retro Way, Has a Round Headlight and a Floating Wooden Deck

5 The Smacircle S1 Is a Tiny Electric Thingy You Can Fold and Carry in a Backpack
Car video reviews:
Up Next

Two-wheelers, these modern-day heroes for the beleaguered city commuter, are in for a revolution. It comes in the gorgeous stainless steel shape of the SUS1 e-scooter from Stilride.

Stilride is a Swedish startup founded in 2019 by childhood friends Tue Beijer, designer and co-founder, and Jonas Lindberg Nyvang, managing director and co-founder. If the name rings a bell, it’s because they’ve been working on a very special electric scooter for a couple of years – one that aims to become the world’s most attractive and sustainable, and a fixture in crowded urban environments, replacing traditional electric scooters.

That’s a massive goal, but what’s the point of dreaming if you don’t reach for the stars? Beijer has been doing this for years. He designed his first scooter in 1993, inspired by his love of retro models, and has over two decades of experience in automotive design, including working with Ferrari 250 GTO designer Giotto Bizzarrini, BMW motorcycles, and Husqvarna.

Beijer and Nyvang share the same common belief that electric scooters can carry lower pre- and post-production costs, a lower carbon footprint, and, somehow paradoxically, you’d say, a better-looking design. So, they set up Stilride with a government grant, to prove that it could be done. The first prototype they came up with – which we covered in a separate coverstory – was also called Stilride.

The Stilride concept has now evolved in the completed prototype SUS1, which stands for Sports Utility Scooter 1. The Stilride team has expanded to include “experienced entrepreneurs, misfits and robots from the automotive, electronics and fashion industries, including rockstars formerly of Northvolt, Ericsson, Scania, BMW, Björn Borg and Semcon,” according to the company.

SUS1 is, without a doubt, the most visually striking e-scooter you’re likely to see and that’s because, like its predecessor, it is made through a procedure called industrial origami. Like the Japanese art of folding paper into the most surprising objects, industrial origami is when sheets of cold-rolled stainless steel are folded into three-dimensional shapes by using lasers, CNC machining and robots. The technology is called LightFold because lasers are used to warm the metal along the crease line, but Stilride has patented its own version of it, called StilFold.

Using StilFold, Stilride says it can create electric scooters that are more durable, cheaper to produce and maintain, and with a lesser impact on the environment. Whereas traditional scooters use a tubular frame and a plastic shield, and countless components that carry considerable costs to produce, the SUS1 has an “organic” Swedish steel unibody, to which premium components are attached. This means production costs are lower, which would also mean a lower MRSP for the finished product. Unfortunately, the company is yet to announce a price range. Or a clear production timeline, for that matter: reports claim that the SUS1 could reach the first customers in the fall of 2022.

That’s because the commercial viability of the SUS1 is yet to be ascertained. Stilride now has a functional prototype of the gorgeous e-scooter, but it’s working with R&D firm Robotdalen to establish if the process is viable from a commercial standpoint. In the meantime, it’s gauging possible interest in such an e-scooter, and the response has been astounding: over 100,000 people have signed up for updates, declaring themselves interested in the product.

It’s not just the aesthetics and the uniqueness of the approach that has turned the SUS1 into a hit with potential customers. Based on tests of the completed prototype, Stilride promises solid performance, too, with a top speed of 100 kph (62 mph), a 120-km (74.5-mile) range in the city, mobility software with rider experience functionality, adjustable damper and optimized linkage with linear travel, and top performance CBS with single side disc brakes.

The Stilride concept was powered by an unspecified Bosch motor; the SUS1 draws power from a motor delivering a peak power of 11 kW (14.8 hp) and 6kWh (50V) premium quality Li-ion battery pack. A slew of “innovative tech features” and other sustainable specs are mentioned, but not detailed.

Designed to “take happy commuters from point A to point B in harmony with nature,” SUS1 tries to show that you can have good looks and sustainability in the same package – preferably at an affordable price, too.

“We strongly believe in the electrification of personal mobility and see the need for a new breed of mid-range commuting vehicle made in harmony with nature,” founder Tue Beijer says.

So far, progress on this mid-range commuting vehicle that dreams such big dreams is looking good. The two videos below offer an insight into the steel origami manufacture method, while photos in the gallery show possible color options for the SUS1, as well as the Stilride concept. 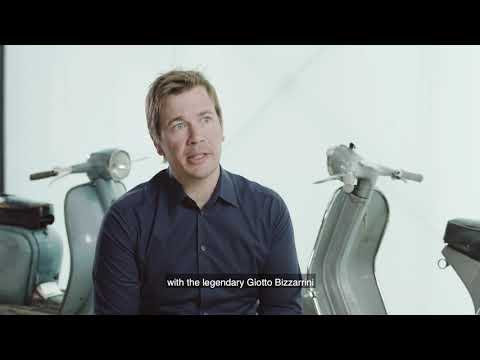 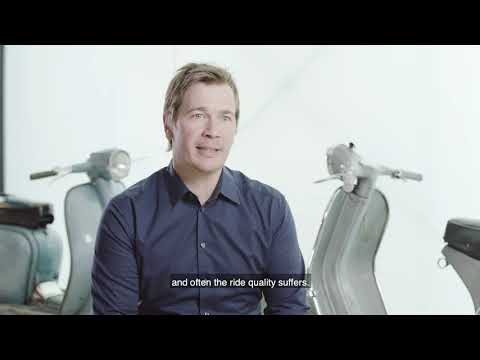