The story behind Steve McQueen’s film still triggers the interest of younger generation race aspiring drivers, and that proves how passionate the King of Cool was about motorsport. As to how much race car driving has evolved from the late 1960s and early 1970s, the famous actor’s son has mixed feelings.
1 photo
Ignored by some, long-expected by others, the Steve McQueen: The Man & Le Mans documentary finally had its premiere in Los Angeles yesterday. Both the legend’s first wife and his only son were present at the event, as they would relive some memories from the past they had with the actor.

To set things straight, this is a documentary about the actor’s passion for racing and his efforts to make a scripted movie centered on the 24 Hours of Le Mans. Directed by Gabriel Clarke and John McKenna, the documentary revolves around both McQueen’s persona and his dream to see the movie complete.

To make this documentary, they used never released before audio recordings of McQueen and interviews with people who saw the process, including the actor’s son, Chad. As expected, the picture talks to those inside the niche pretty much in the same way the original 1971 “Le Mans” did.

If there’s one thing any fan of the sport wants to know is how an insider sees the changing process motorsport has been through. “In the 60s, early 70s when racecar driving was dangerous and sex was safe, now it’s the other way around. It’s rare that a driver nowadays gets killed; back then it was a common occurrence, way too often. The speeds they’re reaching at Le Mans now are no higher than they were back in 1969.”

Safety truly is a bigger concern today than it was back then, but some voices in the industry also claim that the excitement has decreased significantly, which inevitably leads to a decline in popularity. 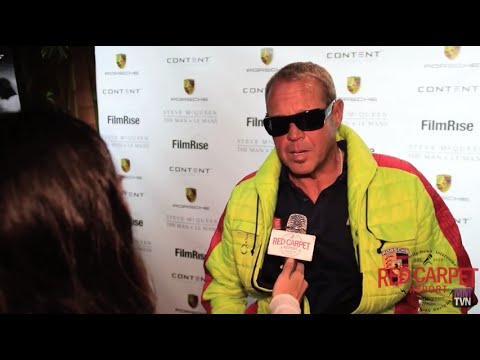