4 After Failing in Mobile, BlackBerry Wants to Conquer the Automotive World

It’s been some time since we last heard about Tesla’s promised autonomous coast-to-coast drive, but that doesn’t mean other automakers aren’t gunning for self-driving glory. China’s Xpeng Motors has recently decided to showcase its NGP (Navigation Guided Pilot) technology with a 3,675-km (2,284-mile) expedition between Guangzhou and Beijing.
14 photos

It’s not exactly a coast-to-coast drive from East to West (or vice-versa) like Tesla envisioned its autonomous endeavor, but Xpeng comes close after covering a total distance of exactly 2,284 miles, which is very close to the shortest route one could take across America.

The “leading Chinese smart electric vehicle company” instead opted for the South to North approach as it linked the renowned city of Guangzhou to the country’s capital of Beijing across no less than six provinces in a week, between March 19th and 26th.

It was all done in the name of technology, as the automaker wanted to showcase the advanced capabilities of its newly introduced autonomous driving assistance NGP (Navigation Guided Pilot) function. Of course, the company made sure the conditions were fairly positive, having a total of 3,145 km (1,954 miles) of highways at its disposal.

Naturally, the company had its flagship Xpeng P7 Premium version for the ride, which packs the Xpilot 3.0 system with NGP compatibility. En route to the destination, the company did test “the key functionalities and reliability of the NGP, including automatic highway ramp entering and exiting, automatic switching of highways and optimization of lane choices, automatic lane changing, overtaking and speed limit adjustment.”

It was the longest expedition for any automated driving assistance system used on production-specification models in China, so the fleet of P7s crossed a total of six provinces and ten urban agglomerations (including Hangzhou and Shanghai, among others) on its journey from Guangzhou to Beijing.

By the way, even though Xpeng’s NGP is a fairly recent release (it was introduced in late January), the company noted its system that’s capable of providing navigation assisted autonomous driving based on the route selected by the driver and with help from high-precision highway maps. The system has already covered over one million kilometers (over 621k miles) alongside Xpeng P7 owners. 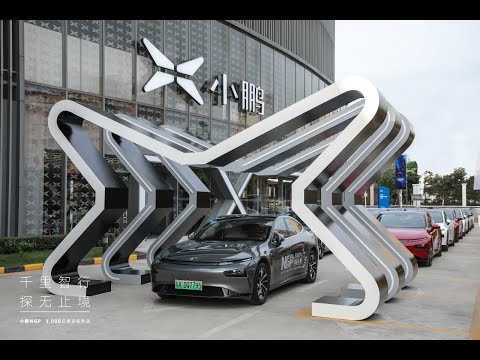