The new technology is imagined for both pedestrians and vehicles, and it would warn both of impending dangers. For example, a vehicle's driver may be notified of a pedestrian who is not visible but crossing an intersection, while the latter might also get a notification. Now, researchers are still figuring out how everything should work.

For this trial, Stellantis provided a Jeep Wrangler 4xe, which was equipped with driver safety alert technology, as well as V2X tech. The latter is short for vehicle-to-everything, and it already allows vehicles that have it to communicate with adequately prepped infrastructure, as well as with other vehicles.

The new live trial, planned by the 5G Automotive Association, hopes to develop the best solutions for the future in driver and pedestrian safety technologies. Other companies involved in the trial, as they are partners of the 5GAA, include Capgemini, Telus, Harman, Virginia Tech Transportation Institute, Intel, Verizon, American Tower, and the Virginia Department of Transportation.

Similar trials have been undertaken by Stellantis in Turin, Italy, where some of the conglomerate's Italian brands operate. The idea is to ensure that the solution that is developed is operational on all continents where 5G technology is deployed. The latter is chosen for its high-speed capabilities, along with the possibility of managing large volumes of data.

While there is a limit on how much data a single vehicle can send and receive, as per the cellular module on board, things get a bit different when we are thinking about V2I, which is Vehicle-to-Infrastructure technology.

For example, if you have a traffic light that will be able to communicate with vehicles, the volume of data that it will have to manage will be far greater than what a single vehicle will have to handle.

V2X technology will be essential for self-driving cars, as well as advanced driver assistance technologies of the future, which is why it will have to operate flawlessly. 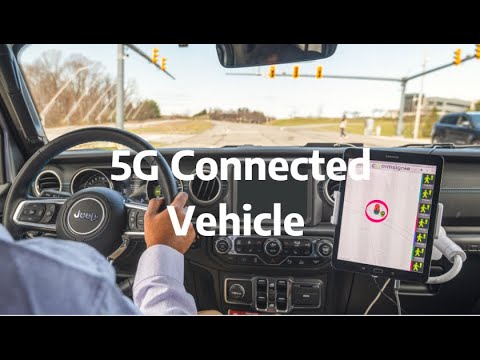