1 This Thor Class C Motorhome Expands When Parked, Fits Up to Eight Travelers

Life on the road always comes with some sort of compromise, if only because of the more compact floorspace. On the other hand, luxury mobile homes, whether RVs or tinies, are usually of a larger size, which impacts their everyday functionality.

The Starliner SL25 is that rare exception that makes the rule: it’s still very compact and practical, yet incredibly luxurious and well-equipped. The Starliner SL25 is, if you will, a fancy pocket rocket that offers everything from two queen-size beds to a car garage, full automation, and premium features. It is what every other van conversion out there dreams of becoming one day: a proper home on wheels, one where no compromises are made.

The Starliner SL25 is actually an entire series of van conversions from Swiss maker Maurer: maurer fahrzeugbau AG by its full name. The series was introduced in 2019 with the SL25 RG Executive model shown in the video below, and comprises a series of different layouts and a variety of finishes that allow a certain degree of personalization, as well as the possibility to go fully custom.

Inspired by the SL20 predecessor, which used a Mercedes-Benz chassis, the SL25 makes the transition to a 7.5 ton Iveco Daily chassis as base. The cabin is completely reproduced (after removal of the original one) with glass fiber reinforced plastic (GRP). The entire body of the SL25 is a GRP monoshell, with two slide-outs to further expand the interior space and the possibility to add either a third slide-out in the rear or a car garage. And you thought only larger buses could be turned into garage-integrating motorhomes!

The Starliner SL25 RG Executive is actually longer than a standard SL25 series model, offering 9.2 meters (31.1 meters) of interior length, whereas the standard is 8.3 meters (27.2 feet). Inside, you get sleeping for four people in two queen-size beds, and seating for the same number of people during transportation, a full bathroom, a full kitchen, a dinette and a lounge area, and luxury trims and finishes of the kind you’re likely to find on a multi-million motorhome – including a glass display cabinet for your crystalware.

The RV’s biggest appeal is that, given its size, it retains full practicality even on city streets. However, if you’re ever in a position where you’d want even more convenience, you could use the Secma F16 micro sportscar in the garage under the bedroom to zap around towns more easily.

Everything onboard is fully automated, from the LED lights to the exterior storage, the massive awning, the skylight, the slide-outs and the garage door. To pack this much value inside a van, the team at Maurer opted for multiple functionality for a single item: for instance, one of the double sofas in the dinette converts into comfy dual lounge chair for TV watching, the TV and the coffee maker are pop-up to save space, and there’s hidden storage throughout. The second bed pops down over the cab, also at the touch of a button.

The bathroom is located centrally, divided into two separate rooms: the shower room, with starry LED ceiling, and the toilet room, which includes the flushing toilet, a floating vanity, heated towel rack and storage. The kitchen is small but fully-equipped, with a full-size fridge and freezer, a three-burner gas cooktop, large sink, the pop-up coffee maker, and plenty of storage options.

The bedroom is at the rear, on a slightly elevated plan to make room for the Secma microcar underneath. The smallest slide-out moves the bed towards the exterior; the largest slide-out is for the dinette area, adding more room to move around in the kitchen.

The model debuted at trade events in 2019 (and shown in the video) retailed for €641,000 ($667,600 at the current exchange rate) not including the microcar in the garage, but this amount should only serve as an indication as to what you’re expected to spend. Maurer offers several layouts and the possibility to further tweak the final layout to suit customer specifications for the SL25, which means that the final price is whatever you want it to be, depending on the features you want your dream mobile home to have.

“Nothing is impossible,” says the company’s motto. It’s also the Maurer promise to the customer, as long as the customer can afford it. 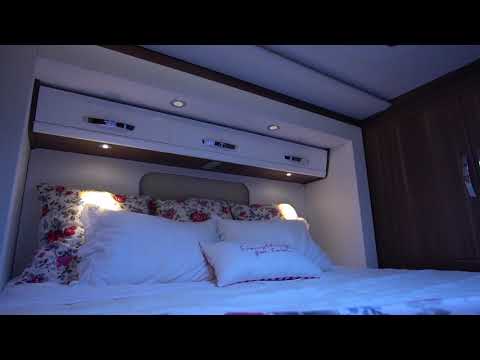 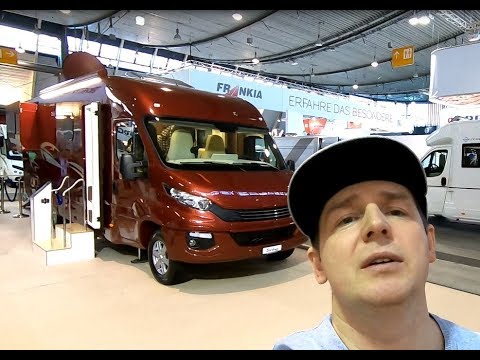 Big Oil Will Ditch Fossil Fuels in Favor of Ammonia and Hydrogen, Not BatteriesSee all coverstories