Home > News > Videogames
Cosmin Vasile
BioWare announced last month it took the difficult decision to delay Star Wars: The Old Republic’s Legacy of the Sith update to February 15. Unfortunately, with so many amazing games coming out next month such as Dying Light 2, Elden Ring, Sifu, and Horizon Forbidden West, things aren’t looking well for Legacy of the Sith.
9 photos

Unless BioWare believes Star Wars: The Old Republic players don’t play anything else other than its own MMORPG based on the Star Wars universe. Regardless of what will happen with Legacy of the Sith at launch, we’ve got a brand-new trailer that sheds light on the epic story unfolding in the upcoming expansion.

Legacy of the Sith is an important step in the MMORPGs evolution since it introduces so-called Combat Styles. Players will be able to separate their Class Story from gameplay style, an important feature that will enable even more character customization.

Thanks to the new Combat Styles, additional Advanced Class options will become available for players as characters will be able to choose any Advanced Class within the Tech or Force playstyle. Basically, you will be able to play as Trooper wielding a Sniper Rifle, or a Sith Inquisitor with a lightsaber in each hand.

For the most mischievous characters, BioWare suggests posing as a member of the Jedi Order while secretly using Dark Side power. The bottom line is that the new Combat Styles will open up a lot of playstyle combinations for Star Wars: The Old Republic players, something that hopefully won’t break the game.

Legacy of the Sith introduces a new storyline of epic proportions set on Manaan. Completing this storyline will unlock a new base of operations for each player’s faction, along with a new daily area.

But that’s not all, as the story will continue on the planet Elom with the discover of ruined Sith Fortress that mysteriously disappeared from all records. This new storyline will be available both as a solo experience as well as a multiplayer Flashpoint. Check out the new story trailer for a sneak peek at what’s to come. 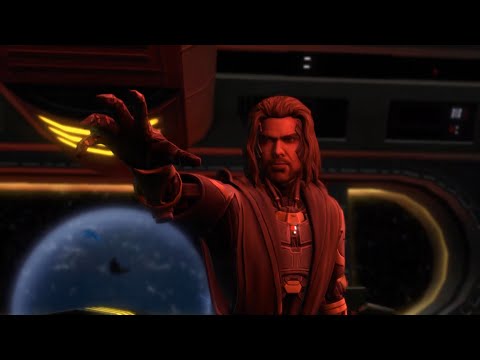