2 Space Opera The Expanse Gets Turned Into a Video Game

5 Captain Kirk May Finally Be Going to Space at 90, No Warp Speed and Enterprise This Time
Car video reviews:
Up Next

Half Car, Half Airplane: The Arrowbile Flying Car Was Master of Neither

Home > News > Videogames
Cosmin Vasile
The long-running free-to-play MMORPG Star Trek Online is celebrating its 12th anniversary this week. To kick off the festivities, developer Cryptic Studios is releasing a brand-new season: Shadow’s Advance. The anniversary season is available on PC today after maintenance and on consoles in March (exact launch date to be announced later).
6 photos

The highlight of the new season is the new space TFO and anniversary event that allows players to unlock this year’s coveted prize, the T6 Jarok Alliance Carrier. Equally important is the fact that Captain Janeway from Star Trek: Voyager will make her Star Trek Online debut in Shadow’s Advance.

Played by actress Kate Mulgrew, Captain Janeway originated the role and made Star Trek history as one of the franchises' first female captains. Star Trek Online players will encounter both the Prime and Mirror universe versions of Katherine Janeway in a mission alongside Captain Killy (Mary Wiseman from Star Trek: Discovery) and Admiral Leeta (Chase Masterson from Star Trek: Deep Space Nine).

Also, Shadow’s Advance marks a first for Star Trek Online, as players will now be able to play the Mirror version of their own characters in the featured episode “Red Shift.” In the new episode, players will team up with Terran forces led by Marshall Janeway to kidnap a person of great importance from Jupiter Station in Federation space.

They will be joined by Captain Killy, the Mirror version of Ensign Tilly from Star Trek: Discovery and Admiral Leeta, the Mirror version of Leeta the Dabo girl from Star Trek: Deep Space Nine. It’s also important to mention that the latest season of Star Trek Online follows their story from the perspective of Admiral Janeway from the Prime Universe, who is retelling the accounts of their actions. 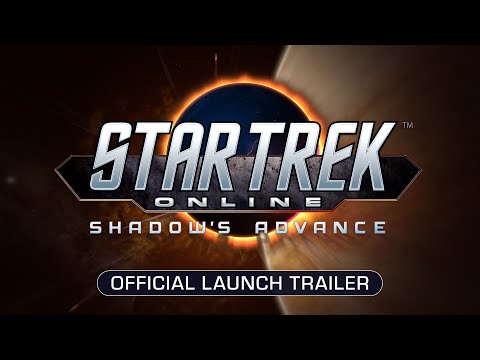