2 Star Citizen Kicks Off Invictus Launch Week 2952, Fly All Ships for Free Until May 31

Home > News > Videogames
28 Jul 2022, 22:47 UTC ·
by Cosmin Vasile
Star Citizen continues to pour out alpha builds that introduce new content and gameplay mechanics, which makes them appealing for both newcomers and veterans. Star Citizen – Alpha 3.17.2 brings a bunch of improvements to already available mechanics, as well as new content and even a new vehicle, the Anvil Centurion.
6 photos

The Anvil Centurion is a short-range anti-aircraft vehicle that houses both the pilot and a dedicated gunner. It features four energy weapons with unlimited ammunition, which makes it rather a must-have for combined-arms forces due to its ability to provide major support for ground troops.

Another highlight of the new alpha build is Siege of Orison, a new dynamic event set in a brand-new location in the atmosphere of the Crusader gas giant. Players will be fighting against Nine Tails pirate forces to gain control of new floating platforms. The new event requires teamwork and creative strategies to be successful since it involves both fast-paced first-person shooting and vehicular combat.

For lone wolves, the update brings more solo-focused criminal activities with the addition of illegal delivery missions. These can be accessed once the pilot has earned a reputation as a trustworthy business partner for outlaw factions.

The first version of the Planetary Navigation Mesh is coming with the update, too, allowing NPCs to navigate different types of terrain on planets and land dropships to deliver troop reinforcements.

The list of new features and improvements also includes a new derelict Reclaimer POI that’s been added to microTech for players to explore. The new location supports the AI Planetary Nav Mesh, which allows for the introduction of combat missions featuring NPCs. There’s also an additional space derelict Reclaimer available in the alpha build with three new custom mission types.

Last but not least, the maximum number of players on a server has just been doubled from 50 to 100 players, which should add more immersion to the gameplay for large group activities such as space battles, races, and more. 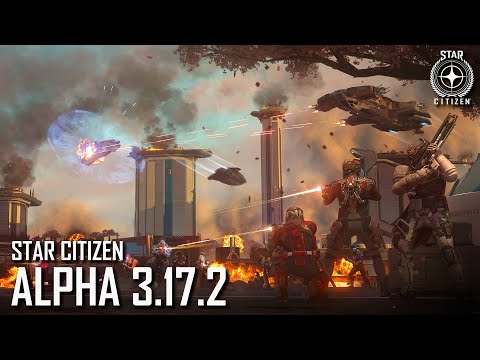