Star Citizen is doing pretty well for an unreleased game. The project developed by Cloud Imperium Games recently exceeded $400 million in crowdfunding, so despite not being completely done, people are still attracted by the idea sold by Chris Roberts and his team.

That being said, during the recent Intergalactic Aerospace Expo 2951, Star Citizen’s take on the North American International Show, several ships have been unveiled and some of them are already available for purchase.

If you missed the Free Fly event that ended on December 1 that allowed players to fly over 120 ships for free, then you’ll have to buy the ships you want to fly or wait for another similar event. On the bright side, these Free Fly events happen pretty often as Cloud Imperium Games is trying to get more people into their game.

For starters, the MISC Odyssey has an onboard refinery, a ship hangar, a high-tech med bay, and even a built-in mining tech and tractor beam, which makes it self-sufficient almost indefinitely. Add to that an expansive supply hold (252 scu) and comprehensive accommodation for a crew of six, and you have the perfect exploration spaceship.

Being an exploration vessel doesn’t mean that the Odyssey is totally defenseless. On the contrary, the ship is quite well-defended by three remote-operated turrets sporting Size-5 guns and four strategically positioned missile racks, as well as some sturdy shields for good measure.

The Odyssey is a massive ship, hence the need for an onboard hangar to accommodate small ships that are perfect for scouting, recon, or specialized expeditions off-ship. The Tier 2 Med Bay is nearly a full-fledged hospital but in space. It’s an absolute must for explorers since Cloud Imperium Games introduced the limb damage and injuries.

Thanks to the remote-operated mining arm and tractor beam, the Odyssey can extract a mineral called quantanium, which can be turned into quantum fuel using the built-in refinery. The quantum fuel is used to jump your ship. Of course, the refinery can be used to convert other minerals too, as well as gases.

As far as the price goes, the new MISC Odyssey can be yours for $745, but if you don’t want to pay real money, you can play the game enough to gain the credits required to get it. Keep in mind, though, that the Odyssey is not yet flyable.

Next, we have a vehicle purely made for combat, the ANVIL Spartan. An armored personnel transport vehicle, the Spartan features a hold outfitted with eight secure jump seats and a massive weapon storage for your squad. Additionally, the vehicle comes with a powerful, remotely operated turret outfitted with dual Size-2 ballistic Gatling guns. To own an ANVIL Spartan, you’ll have to come up with as low as $78, but you can also pay it with in-game credits.

We’re also given a first look at the interiors of the Drake Vulture, the one-man salvage starter ship that has yet to be released. Star Citizen’s Vulture looks almost the same as EVE Online’s Venture, a starter mining frigate.

The Hull A and Hull C are also getting their place under the spotlight. The former is the smallest and cheapest Hull available in the game, and it’s aimed at those who’d rather adventure into the stars on their own. Unlike other small ships, this one is focuses entirely on transportation cargo.

On the other hand, the Hull C is one of the most common ships in Star Citizen’s universe. It’s much larger than the Hull A, although it retains a lot of its maneuverability. These ships have been stretch goals that have already been achieved, so they should be added to the game at some point.

Finally, the RSI Scorpius, a dual-seat heavy fighter featuring an adaptable bi-wing configuration and a powerful rail-mounted remote turret, is nearing its release too.

In the same piece of news, those waiting for the promised Starfarer updates are offered a glimpse at the ship-mounted tractor beams and the overhauled refinery for this specific ship. We have yet to learn when they’ll be made available for Star Citizen players, but we’ll probably be given another look at these improvements before they’re actually implemented. 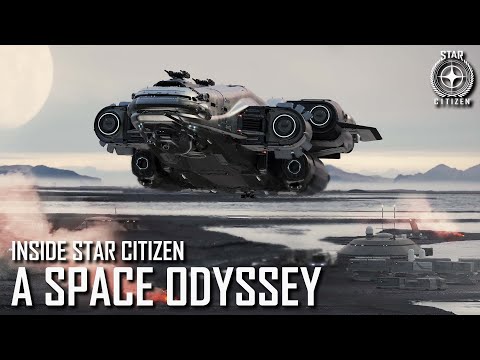