Cosmin Vasile
Rocket League Sideswipe is a brand-new standalone free Rocket League mobile game that is now available in select regions. Before going into Season 1, the game will remain in Pre-Season until it’s ready for prime time.
6 photos

Just like its PC/console counterpart, Rocket League Sideswipe is a competitive, car soccer game specially designed for mobile screens and featuring a new perspective on the field. In Rocket League Sideswipe, players compete in fast-paced two-minute Private Matches with friends, or Competitive Matches online with players where the game is now available. Besides these two types of matches, players can also play the basketball-inspired Hoops mode.

While the game will remain in Pre-Season, Rocket League Sideswipe players can unlock customization items and improve their gameplay before Season 1 launches later this year.

Additionally, developer Psyonix announced that Bonus Wins can be earned for Sideswipe by playing Rocket League, which basically means that you’ll be getting extra XP in both games if you’re a loyal fan. There will be more benefits for playing both games in the future, so you’ll probably want to link your Epic Games Account to the mobile game while in Pre-Season.

As far as availability goes, Rocket League Sideswipe is now available in Oceania on iOS and Android. However, Psyonix revealed that the game will be rolled out in additional regions throughout November leading up to a Worldwide Pre-Season coming soon. More info about what happens after the Pre-Season and Season 1 is expected to be unveiled in the coming weeks. 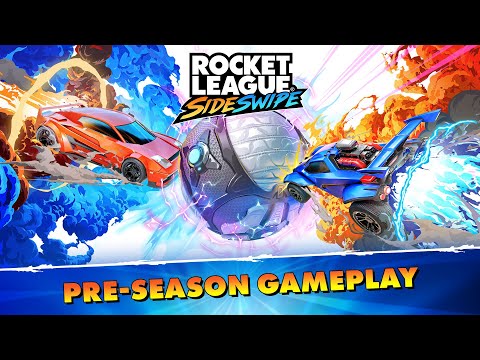