5 King of the Baggers Returns in 2021 With 5 Races, Indian and Harley at It Again
Space Junk

Home > News > Moto Motorsport
Daniel Patrascu
At the end of last year’s King of the Baggers race at the WeatherTech Raceway Laguna Seca, one thing was clear: a pack of 11 Harley-Davidson motorcycles was no match for two Indian Challengers, which made short work of the Milwaukee machines.
9 photos

The race ended with Indian riders Tyler O’Hara and Frankie Garcia clinching the first and third places on the podium. Sandwiched between them was Hayden Gillim, riding a Harley-Davidson in the Vance & Hines Racing Team colors.

That’s right, the same Vance & Hines team that earlier this year lost factory backing for its efforts in the NHRA Pro Stock Motorcycle series on account of the bike maker’s reorganization plan. A team that is coming back this year for the full season of King of the Baggers, also fielding a Harley-Davidson, described as “the highest performance Harley-Davidson touring bikes ever assembled.”

That would be an Electra Glide packing a 131ci (2.1-liter) engine and running Stage IV upgrades, custom-tuned map, custom intake, and specially designed exhaust. We are not told what numbers those fine words translate into, but they should be spectacular if we are to trust the team.

Riding the motorcycle will again be Hayden Gillim, who will not have to face Indians alone; Harley-Davidson’s own factory team will be fielding a Road Glide Special and rider Kyle Wyman.

The three-race King of the Baggers series kicks off this weekend at the Michelin Raceway Road Atlanta and will continue in June at Road America and return to Laguna Seca in July. 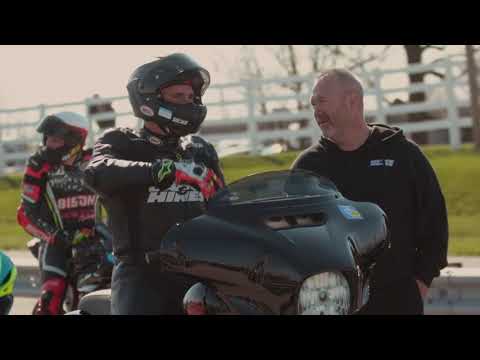