MV Agusta Superveloce Alpine Looks Like a Mix of Happiness

BMW’s new S58 powertrain (the performance version of the B58 engine) is already active on the X3 and X4 M sport utility vehicles, as well as the M3 and M4 - including in their Competition versions. Now, even when taking into consideration the all-wheel drive of the X3 M Competition, it still wouldn’t be able to put much of a fight against a proper supercar. But there’s a Stage 2 secret inside the Bavarian that might just compensate for the extra heft when racing the 2020 Mercedes-AMG GT-R.
48 photos

That’s the premise behind Track Day’s latest encounter – can a recently tuned BMW X3 M Competition use its newly gained horsepower advantage and the intelligent AWD to surmount the extra weight when dealing with a well-known supercar platform?

That trialed and tested “bad boy” supercar architecture is represented by the 2020 Mercedes-AMG GT-R, a regular fixture for the Track Day YouTube channel. It’s in stock form, the 4.0-liter twin-turbo V8 develops 577 hp, enabling a 6.23:1 power to weight ratio. And it’s already proven its grunt, including against a fellow AMG (we’ve got that video embedded below as well).

The main subject of interest, on the other hand, is the new BMW X3 M Competition – which has brought with itself the new S58 platform, which “is going to be a force to be reckoned with,” even in its stock form of a 503-hp 3.0-liter twin-turbo six-pot.

This SUV has also delivered a statement of its potential in previous races when it featured a Stage 1 tune. Now it’s back with even more, as it just went through a Stage 2 upgrade (with new downpipes as well) and wants to put its 700 hp (around 640 to the wheels) to the test. Interestingly, it manages to win the power-to-weight race, as the ratio count is now at 6.6:1.

We’re used to the Track Day guys being thorough, so we’re not surprised the video has been neatly split into chapters (you can check their time markers in the description). Without spoiling anything in advance, we can tell you they decided to settle the dispute in a three-race format.

The first couple of drags are from a rolling start, aiming for the best 35 to 150 mph (56 to 241 kph) result. The final one, which should take both past 150 mph from a standstill, should have been the tie-break run, but unfortunately, it turned out a botched attempt.

That means the actual winner was chosen through a technicality, which is rather sad. Here’s hoping we’ll get a rematch as soon as possible. 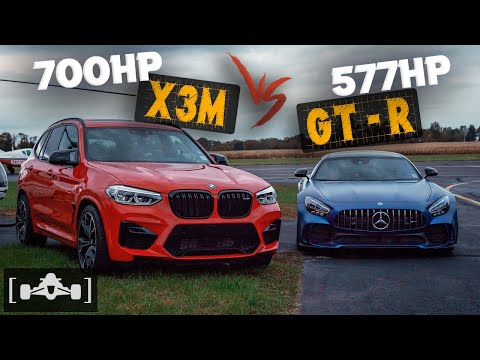 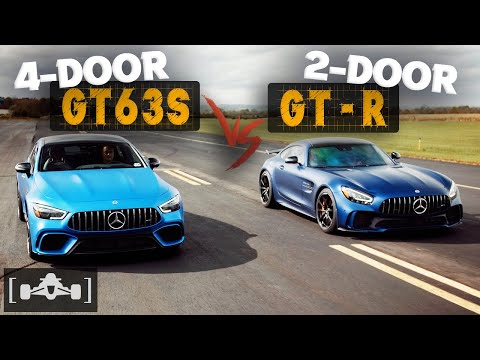 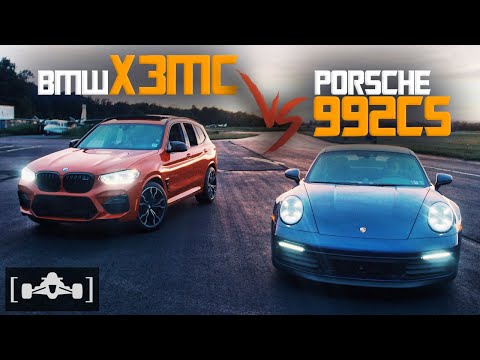