1 No Lex Luthor for Superman SsangYong in the UK

4 SsangYong C200 Aero and Eco Concepts Get Real in Seoul 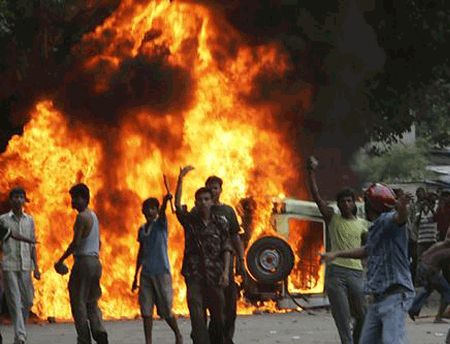 Things are getting out of control at SsangYong's plant in Pyongtaek, South Korea where more than 900 armed workers - please note, ARMED - forced the entrance in the facility.

Although it might sound like Spartan King Leonidas' war cry "Give them nothing! But take from them everything!," the only thing the strikers want is to get the assembly line back into operations, as autocar.co.uk wrote.

Unfortunately, approximately 80 people got injured in the riot but, the army of SsangYong workers rquipped with pipes and firebombs, managed to take control of the factory after all.

As for SsangYong's board, all members ran away scared by the violent consequences of such a riot - we still don't know whether they've used a chopper like ex-comunist Romanian leader Nicolae Ceausescu.

“We came to the conclusion that our efforts alone can no longer protect our plant so we decided to leave, even though it breaks our hearts,” said a statement released by Ssangyong's administrators. “Our employees entered the plant to protect our work place with only their bare hands against armed strikers.”

The plant in discussion was officially closed as the company was fighting with the economic chaos and struggled to align production with the collapsing demand. Additionally, the violent clashes have started after the board received the approval to cut workforce by no less than 976 employees from a total of 5,000.

The workers are now trying to restart the plant but, even so, at the knife point, the board refuses to comply and explains the company will most likely go into administration. Kinda like this: