1 Huffy's Been Doing E-Bikes Since 1955. They Just Powered the Wrong Component

3 Guy Makes Crazy Wheel Concept With 14 Legs Instead of Tires, It Works

Most of us have grown up with a cycling industry that is barely around anymore. Today, technology has seeped into every bicycle component, and now, it is taking suspension systems by storm.

Folks, SRAM is a bicycle component manufacturer that's been around since 1987 when three gentlemen decided they would be one of the cycling industry's leading component manufacturers. Years down the line, they've achieved exactly what they set out to do; their gear can be found on some of the world's most capable and expensive bikes.

One brand under the SRAM family is RockShox. If you're familiar with this brand, you know they're responsible for producing a wide range of suspension systems from forks to rear suspensions and everything in between.

This time around, we are witnessing history in the making. Why would I say this about bicycle technology? Well, to put things as bluntly as possible, RockShox has unveiled a new stage in suspension systems by bringing us the first electronically controlled suspension systems.

That's right folks, you no longer have to worry about adjusting your suspension every time you hit up some new terrain. Just push a button, and everything will be done for you. Best of all, your suspension's reactivity will be optimized with consideration to the bike and gear, terrain, and rider ability.

In this spirit, RockShox dubs their newest addition to suspensions as Flight Attendant, as what happens is precisely that, attending to your ability to fly around on a bike.

Flight Attendant is built around SRAM's AXS technology. If this tech sounds familiar too, it's because it's been on the market for a couple of years now and features a wirelessly shifting drivetrain, no strings attached. Get it, no strings attached? Well, that same tech is responsible for Attendant's ability to modify your suspension system.

The system works via three components in place: a rear shock, fork, and crankset. The crankset is crucial as it features a pedal sensor that feeds real-time information to the control module mounted to the fork and rear shock "motor" module. With the information sent via the pedal sensor and any other setting you've selected on your fork, your ride will be optimized for peak performance.

Even as you ride along and terrain shifts and transforms, you don't need to stop riding in order to make on-the-fly adjustments; there's literally a button for that.

Three riding positions are available, Open, Pedal, and Lock, each offering a different resistance and travel level. Best of all, you can manually select the sort of reactivity your fork and shock offer. Yes, your ride can still be customized to your liking, so don't fret. But this means you take out the instructions manual and get busy studying.

Yet, there is a bit of a downside. If you're not into mountain biking or at least cross-country racing, then you probably won't have Flight Attendant on your bike. After all, it's a system meant to perform under some of the most soliciting biking around.

Overall, three forks are offered by RockShox, a rear shock, and two different cranksets. There's the AXS controller too, but that component isn't necessarily new.

Finally, this system has a catch; it doesn't appear to be sold separately. You can't just go out and buy a fork or shock plus controller and hope to strap it to your bike. Instead, SRAM is working with an array of manufacturers from Trek to Canyon, YT, and even Specialized to offer complete bikes with this setup. Seeing as how some of those trinkets will run you upwards of 12,600 USD, we'll cover those beasts soon enough, especially since you now know what they can do.

If technology keeps moving the way it is, it won't be long before bikes are just electronically controlled mountain or cross-country motorcycles with spokes. Is it still cycling at that point? 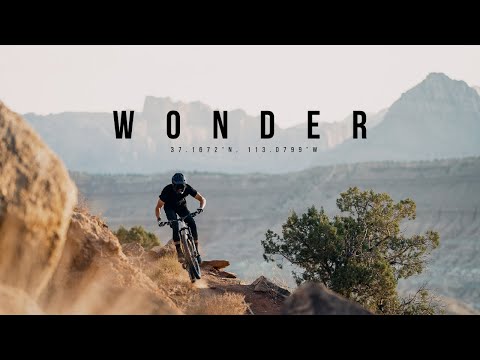