4 Spyshots: 2012 Mercedes-Benz B-Klasse
Up Next 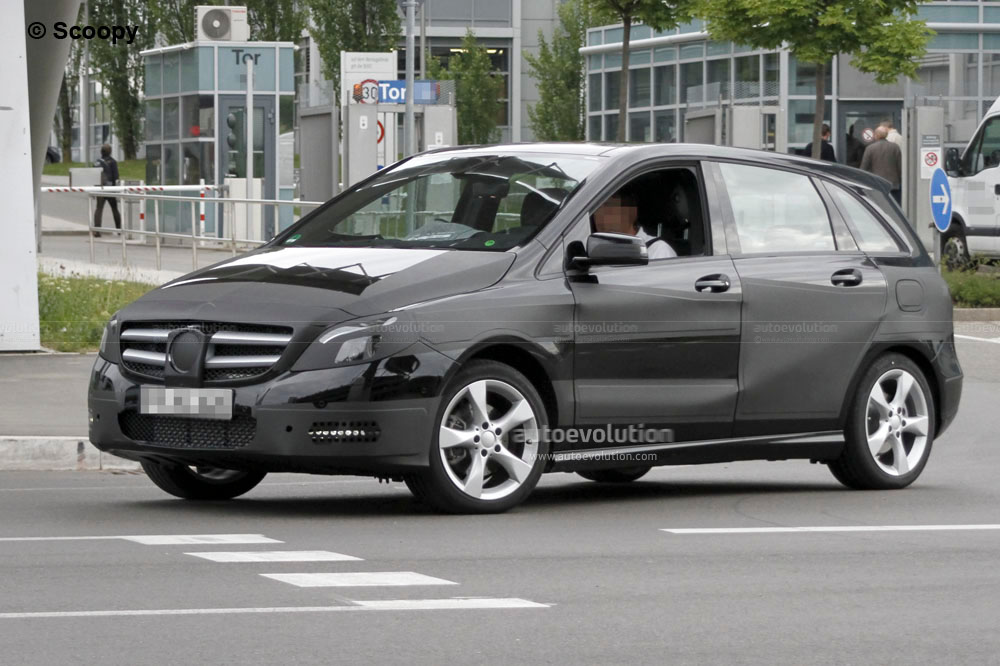 The test models of Mercedes Benz’s new B-Klasse are stripping more and more off these days in an effort to get some attention for the otherwise unremarkable body shape. There are no more heavy camouflage panels and we can clearly make out the shape of the compact to come.

These are the latest shots of the Merc, which will be built on an all-new front-wheel drive platform, known internally as the MFA. Also new to the next generation will be a conventional unibody frame that replaces the current sandwich structure engineering. The MFA platform will also spawn the next A-Klasse, as well as other derivatives including a compact SUV and a small sedan model. This should make building the B-Klasse less expensive and simpler.

For the MFA platform, Mercedes-Benz will source its front-drive power plants from Renault. The platform will also spawn the next A-Klasse, as well as other derivatives including a compact SUV and a small sedan model.

As for the next B-Klasse, it will feature a series of power plants supplied by Renault as well as in-house engines for the upper range outputs. Those smaller plants could come to include 1.2-liter, 1.4-liter and 1.8-liter turbocharged engines as well as a 1.6-liter diesel, also supplied by Renault. Mercedes-Benz will use its own 2.2-liter diesel for the top diesel variant.

The 2012 Mercedes-Benz B-Klasse is expected to debut this fall at the Frankfurt Motor Show this September. Sales of the next-generation B-Klasse will start by focusing on larger power outputs and then later introduce the smaller engines as well as a plug-in hybrid (E-Cell Plus), an all-electric (E-Cell) and a fuel cell (F-Cell) variant.