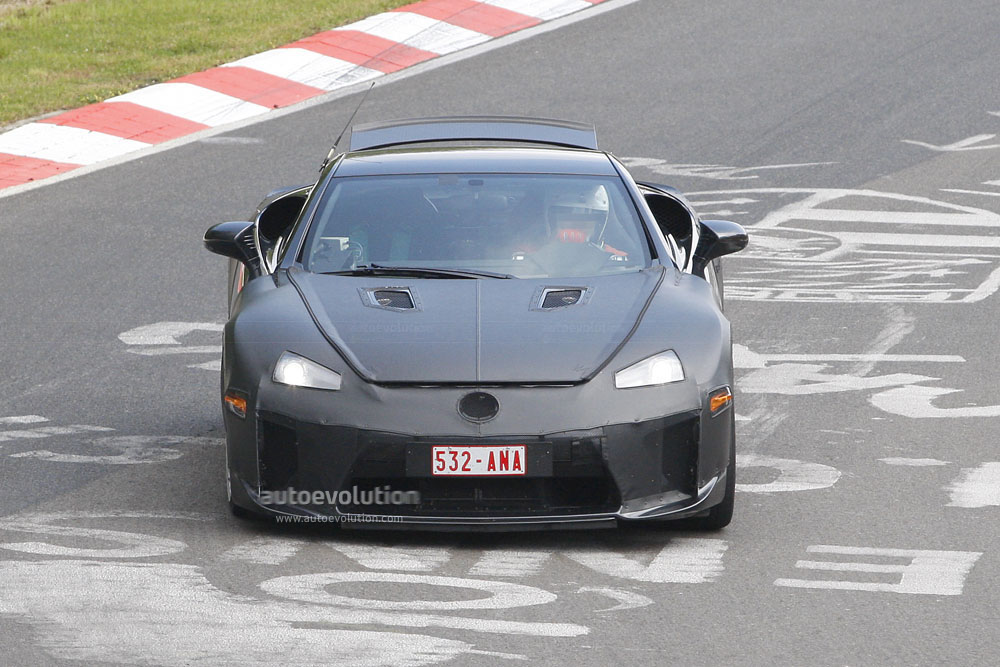 And we are not talking about the concept, first shown at the 2005 North American International Auto Show. Apparently, Lexus has got a grip on things and may after all release the supercar, even if not even the approximate date is yet known. The spyshots we present you here show the car undergoing testing on the Nurburgring track.

Apart from the obvious (the car does exist), little, if not nothing is known about the car. The biggest asset of the car still remains the biggest unknown. The engine which will propel the LFA can be anything from a 500 horsepower V10 to a twin-turbo V8. Only one thing remains certain: whatever the choice of engine, it will develop around the 480-500 horsepower threshold.

Visually, the looks of the LF-A cannot be clearly distinguished underneath all that cover. What we can see on the first ever Lexus supercar in these photos is the retractable rear wing. On the sides, large air intakes are located both above the side skirts and upper on the car, at the rear of the windows. 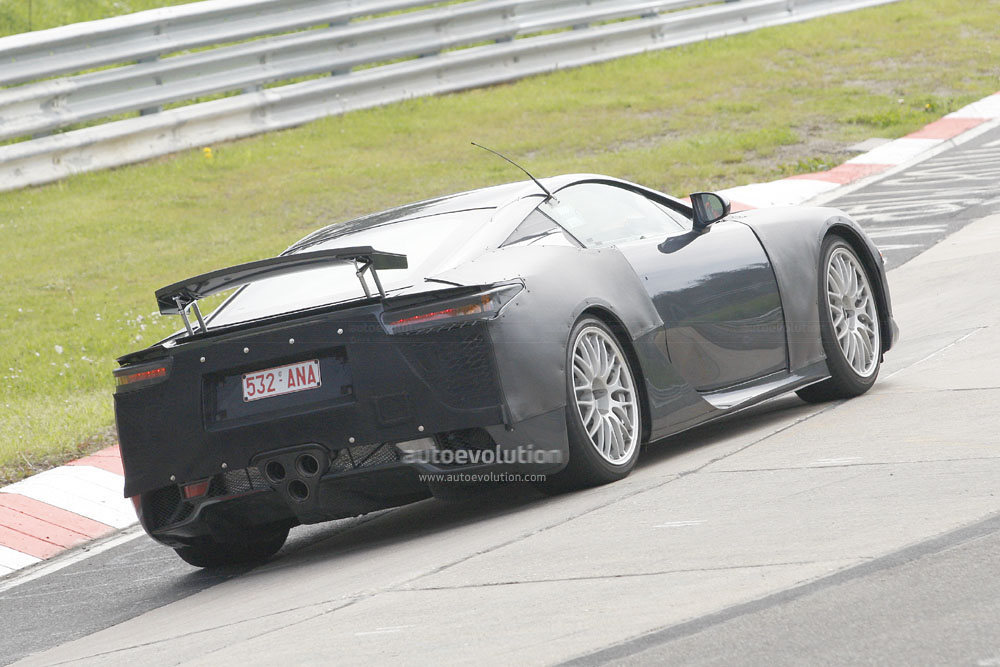 Until Lexus decides what to make of the production version of the LF-A, a prototype version is planned to enter this year's 37th ADAC Zurich 24h endurance race, set to start on May 23.

This version will use a 4.8l V10 engine, mated to a sequential manual gearbox. If you wonder why we told you about this, it is because the car will race in the Division 2 SP8, which means "engine-close-to-production". How close, we will have to way and see, but most likely the Lexus LF-A will not be here until the year is over.