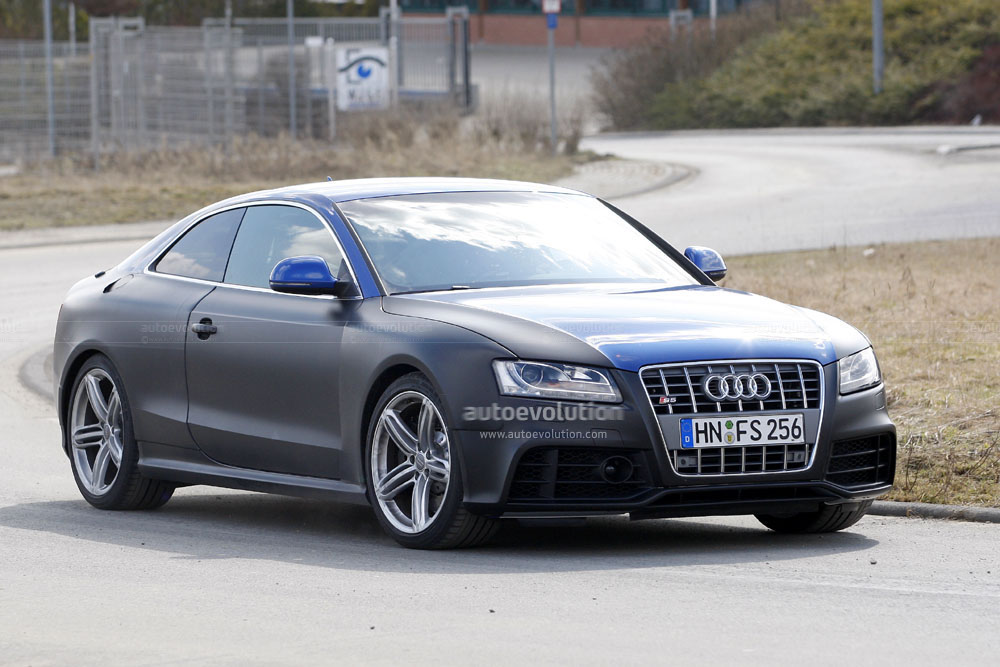 It would seem that German manufacturer Audi is hard at work into developing wide range of new or tweaked up vehicles. After yesterday we presented you with some spyshots of the Audi RS3, photos of the actual prototype of the future RS5 surfaced, as the vehicle is undergoing testing near the Nurburgring track in Germany.

The car boast the same distinct features that identify an RS, including the typical oval tailpipes and front. Still, question still remain about what engine will be fitted on the first generation RS5 (Rennsport). The car will either be powered by a powerplant rumored to be the same twin turbo V10 found on the Audi RS6 Avant (580 horsepower) or the 4.2l V8 turbo (450 horsepower) found on the S4. 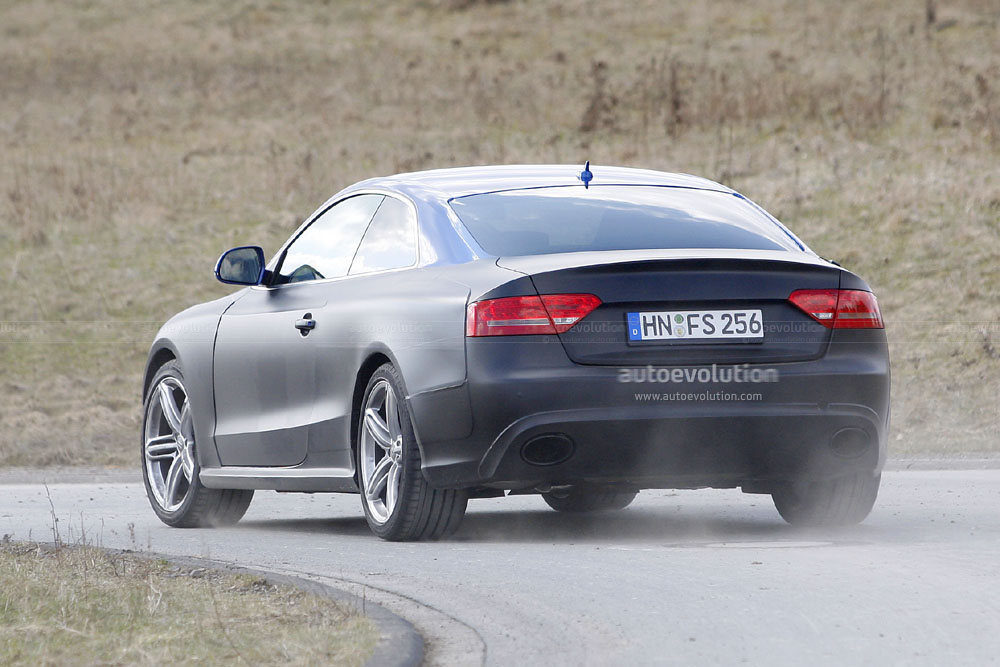 The RS5 will use the Quattro system which will come with either a six speed manual or seven speed dual clutch transmissions. Details are very scarce at this point, as not even a release date can be speculated, but rumors are the RS5 will do naught to sixty in 4.5 seconds.

As the RS badged Audis are a notch up from the tuned S versions, a closer look at the upcoming S5 could be an indication on what engine will be chosen for the the RS5. As we reported in mid March, Audi plans on dropping big displacement engines for smaller, turbocharged ones.

The manufacturer will go for a lighter chassis on its future line-up, in an effort to reduce fuel consumption and increase engine efficiency. Audi's engineering chief said the company's goal for the next generation models is to scale back on the vehicles' weight by as much as 30 percent.