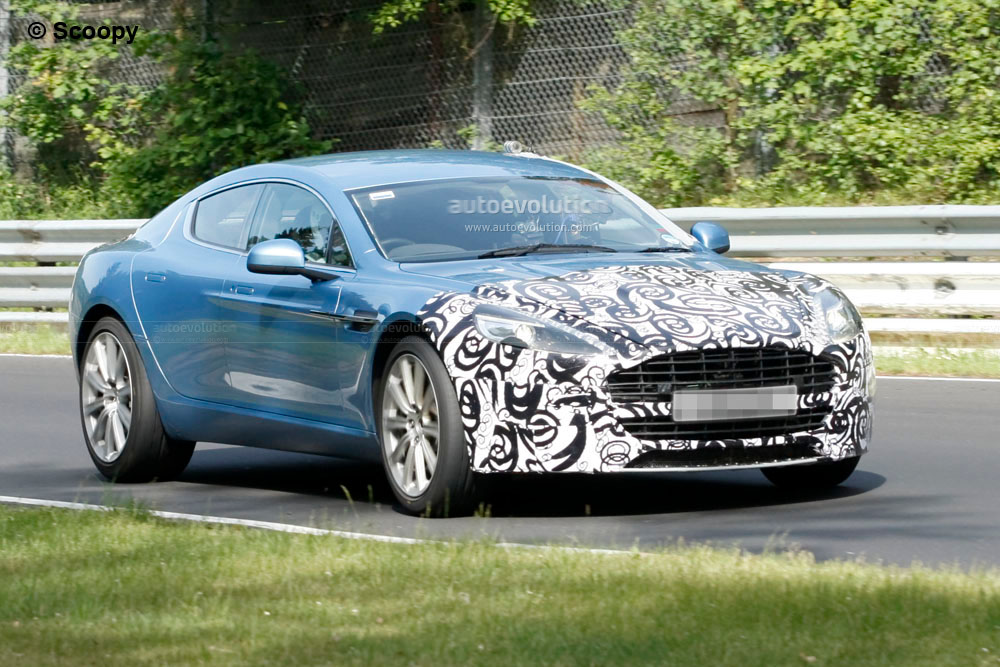 As it’s only been a year since the launch of the model, what we are looking at is not a facelifted Aston Martin Rapide, but what is most likely a sportier ‘S’ version of the already potent four-door coupe.

This will be a makeover that is more similar to the V8 Vantage S than the DBS, meaning that the Rapide will keep most of its former self when gaining that extra S badge. And speaking of the DBS, this will most likely be the engine donor for the four-door model. Thus, the 5.9-liter V12 engine under the bonnet will gain approximately 50 horsepower, meaning the Rapide S might come with 517 hp rather than the 476 hp of the standard model.

We’ll remind you that the latest Aston model to gain the ‘S’ badge was the V8 Vantage, featuring enhanced dynamics and increased power. The latest incarnation of Aston’s small coupe packs the same 4.7-liter V8 under the hood as its predecessors, though the Gaydon engineers have managed to squeeze out a full 430 horsepower. The engine is now bolted to a tweaked version of the company's seven-speed SportShift II transmission with even shorter ratios than before.

But the biggest change over the regular V8 Vantage is the revision of the handling, which has been improved thanks to new springs and dampers, and wider rear wheels contribute significantly. A new dynamic stability control (DSC) system was specifically developed for the Vantage S, together with a new brake module that provides features such as Hydraulic Brake Assist (HBA), which gives assistance in emergency braking situations, and Hill Start Assist (HSA).

We can expect the Rapide S will get the a mix of extra power, revised chassis and more aggressive body kit.