Spyshots: 2015 Audi S7 Facelift Has a New Grille and Headlights

Home > News > Spyshots
Mihnea Radu
Audi has started development of the S7 facelift, which was spotted by our spy photographers near the Nurburgring race track wearing black and white wrap camouflage. It's just one part of a major model revamp which the automaker is planning in the next year. About a dozen models from the A6 and A7 ranges, plus the new A4 and Q7 will all come out in the near future, giving Audi the most modern lineup it's ever had.
6 photos

Getting back the S7, changes appear to be limited in nature, which is not surprising if we consider the S7 is a brand new model launched for the 2013 model year. There is, however, a major change going on at the front., where the grille and headlights have been reworked, together with the bumper and lower air intakes.

Xenon headlights are fitted to this prototype, this being the standard S7 lighting system. An LED system will be optionally available from around €2,000. We 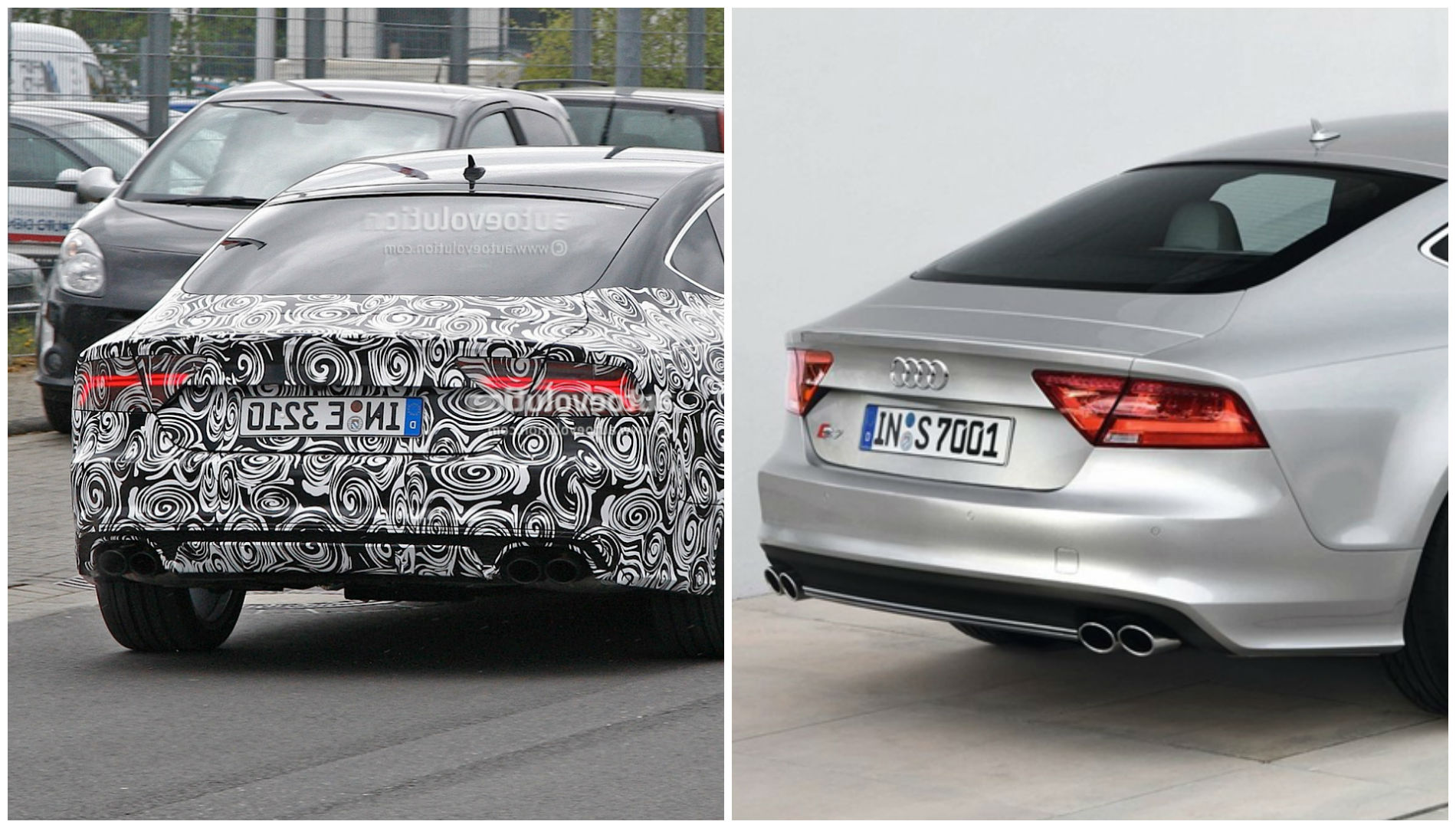 honestly don't understand why the S7 is being made to look like the S6/A. This could be a simple design decision or a cost-saving measure made by sharing development costs. Either way, Audi's big four-door coupe is about to become less recognizable.

Changes at the back are a little less obvious. The taillight graphics will be radically changed to a design now familiar thanks to the A8. But the shape of the trunk and the rear bumper look pretty much the same. Even the shape of the exhaust pipes remains the same.

Mechanically, the S7 is a very sound car, powered by an exemplary 4-liter twin-turbo V8. This mill has been co-developed by Audi and Bentley and is offered in a number of outputs, culminating with the 560 horsepower RS7. While the S7 will stop way short of that, power could be increased to about 450 horsepower in order to match BMW's 650i.