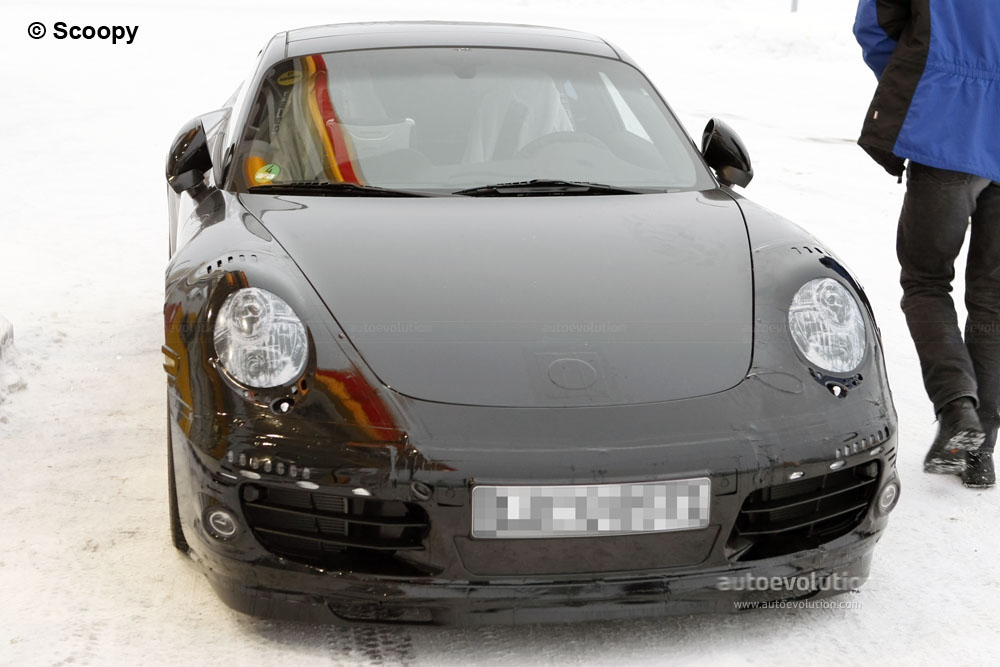 The following two years are poised to be very busy for German carmaker Porsche, and we are not talking here about the projected merger with the Volkswagen Group. Porsche will release in 2010 and 2011 revised models of its range, including for the Cayenne SUV and the subject of this piece, the new 911.

Compared to the current generation 911, the new model will feature revised front lights, which are moved more upright, while the mirrors, currently located on the side window corner, have been repositioned to the side of the doors.

Some of you may go on and figure that additional air-intakes in the rear wings point to the fact that the car depicted in these photos is in fact a 911 Turbo, but the guys who took the photos from meters away say that those are fakes.

There is little known about what the new 911 will feature under its hood, but most likely the same engine used in the current version will be put to work. The flat-six engine however will not be left as is, but will get a power boost and the new PDK dual-clutch gearbox.

There is no word on the release date for the new 911, so all we now have to do is sit back and wait for it. Until it arrives, we will have to make do with the 2011 Porsche Cayenne, already leaked as a presence at the 2010 Geneva Motor Show.