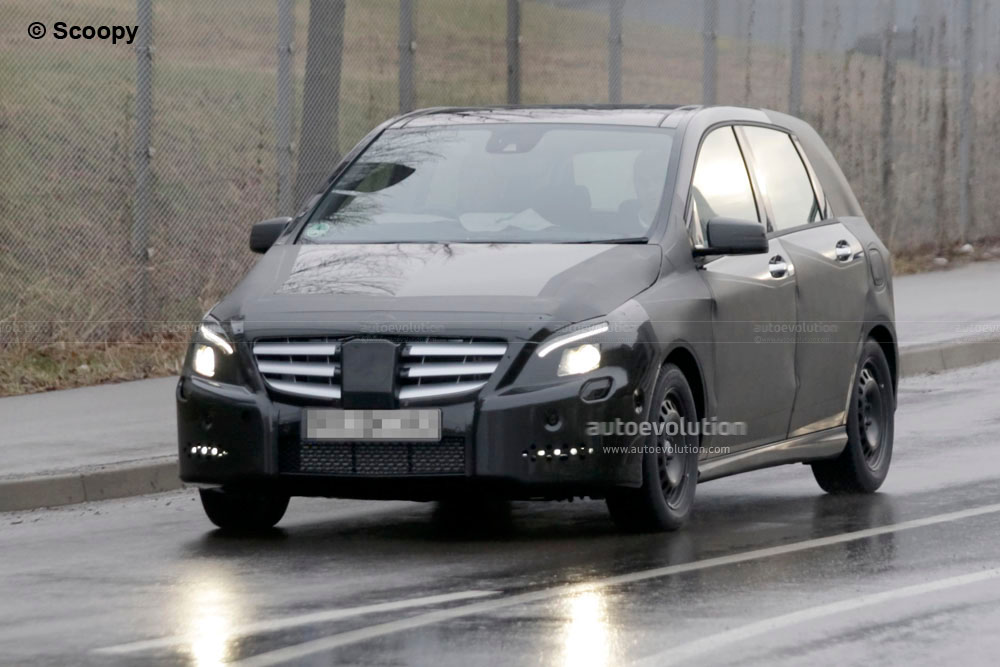 The 2012 Mercedes B-Klassse, one of the German carmaker’s future front-wheel drive cars, has been caught out again by out spy photographers, this time doing its rounds on public roads.

Unfortunately, the vehicle is still wearing heavy camouflage, hiding most of its details from our eyes, yet its silhouette tells us the current model’s hatchback MPV configuration will be carried over.

The new model is scheduled to debut late this year, arriving on a new front-wheel drive platform, dubbed the MFA. A conventional unibody frame will make its production less expensive and simpler than the current model’s sandwich construction.

Mercedes is rumored to also make a convertible version of the car, which would allow it to be pitched against the BMW 1 Series. The B-Klasse will underpin the next generation of A-Klasse, as well as other derivatives including a compact SUV and a small sedan model. The crossover is intended to be a rival for the BMW X1 and should arrive in the summer of 2014.

The new model will come with a range engine options, including small turbocharged diesel and petrol packages, as well as a hybrid option further down the track. The smallest engine for the MFA platform will be sourced from Renault. Among the multitude of downsized units that will find their way under the car’s bonnet, 1.2-liter, 1.4-liter and 1.8-liter turbocharged units will be included. Diesel offerings will include a 1.6-liter diesel, also taken from Renault, and Merc’s own 2.2-liter diesel for the top diesel variant.

The 2012 Mercedes-Benz B-Class is expected to debut this fall at the Frankfurt Motor Show, in September.