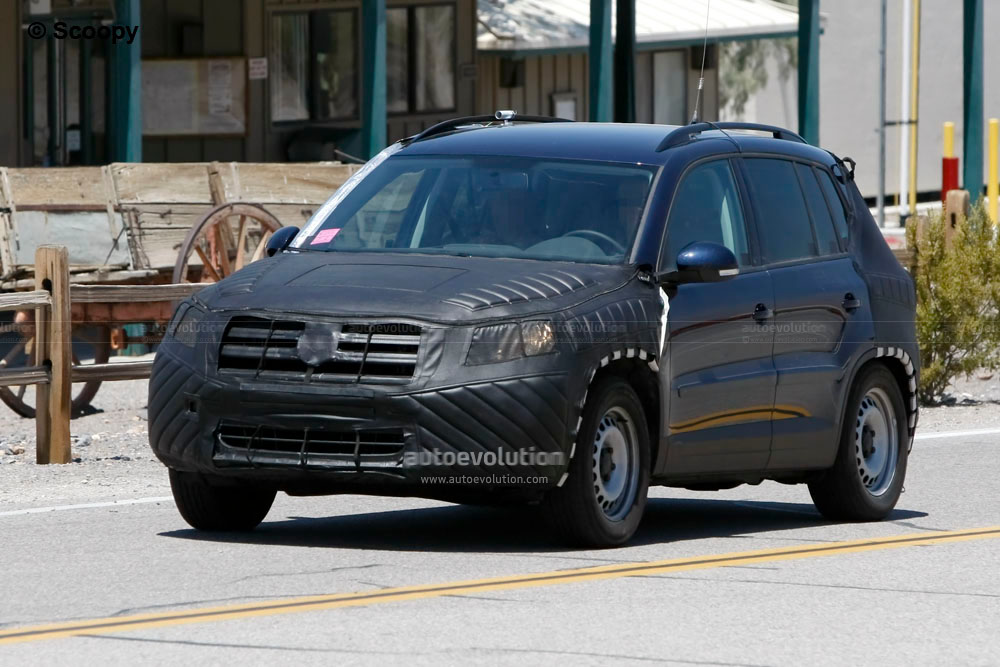 This is the second time we're seeing the 2011 Volkswagen Tiguan out testing and, as far as we're concerned, the only difference between the first and the second set of spyshots is actually... the color of the car. If the first model was painted in some sort of blue, the new one is grey, but both of them are hidden under the same type of camouflage, with no extra parts revealed.

And although both the front and the rear end, the main parts that will present modifications on the facelifted model, are covered by camo, we should expect the same design language seen on other Volkswagen products, including commercial vehicles, such as the Transporter facelift. Still not clear, but it appears that the new Tiguan might be equipped with LED daytime running lights.

The exterior design will pretty much resemble the one on the Chinese model displayed at last year's Guangzhou International Automobile Show in China, which was also aligned to the company's latest design trend.

The engine lineup is believed to comprise multiple configurations, including 1.4-litre TSI, 1.6-litre TDI and 2.0-litre TDI variants, which means it will be mostly the same as on the current Tiguan range. The only difference will concern the fuel consumption and emissions levels, as they are likely to drop significantly as part of VW's efforts to raise efficiency. As usual, the engines will be mated to either a six-speed manual transmission or Volkswagen's already popular DSG.

This is not confirmed yet but it appears that the new Tiguan is likely to make its first appearance at the Paris Motor Show this September.