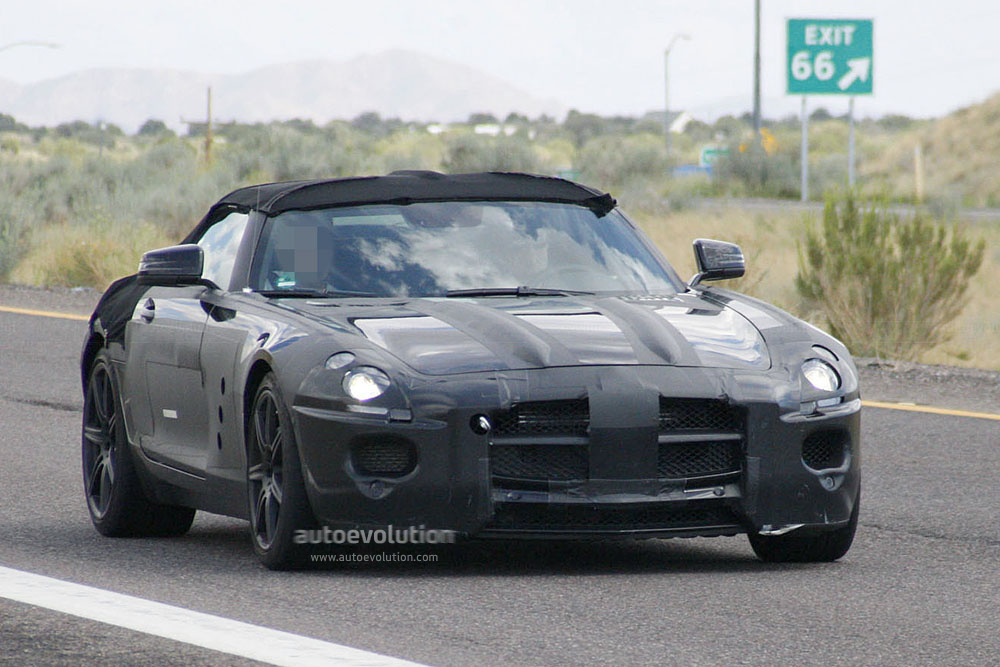 After last week we brought you the first exclusive spyshots showing the convertible version of the upcoming Mercedes SLS AMG coupe, we come back on the story today to give you yet another expose of new future hotster. And, as you can see, there's two of them, the coupe and the roadster. The manufacturer is obviously hard at work testing the SLS, despite the fact that the most likely time the convertible will enter the market is sometime in 2011.

At this point, very little is known on what will the SLS roadster hide under the hood, but in the purest AMG style, we are expecting to see in excess of 500 hp, coming from the unit to be used on the coupe.

Mercedes has something even more exciting up its sleeve when it comes to the SLS. The Germans have already announced and detailed the "exciting super sports car with zero-emission high-tech drive." Read electric, as this is what Mercedes and AMG plan for the SLS.

Most likely, the electric powertrain producing a combined peak output of 392 kW (525 hp) and a maximum torque of 880 Nm from four electric motors will be first fitted on the coupe. How nice would it be though to buzz past other motorists in a 500+ hp EV SLS AMG Roadster?

The convertible is said to be unveiled at the 2010 Geneva Auto Show with deliveries, as we said, expected to begin in 2011. As for the coupe, unlike what previous rumors said, it will be unveiled in Frankfurt, this September, and not in Geneva, Yet both seem to be in the same development stage...