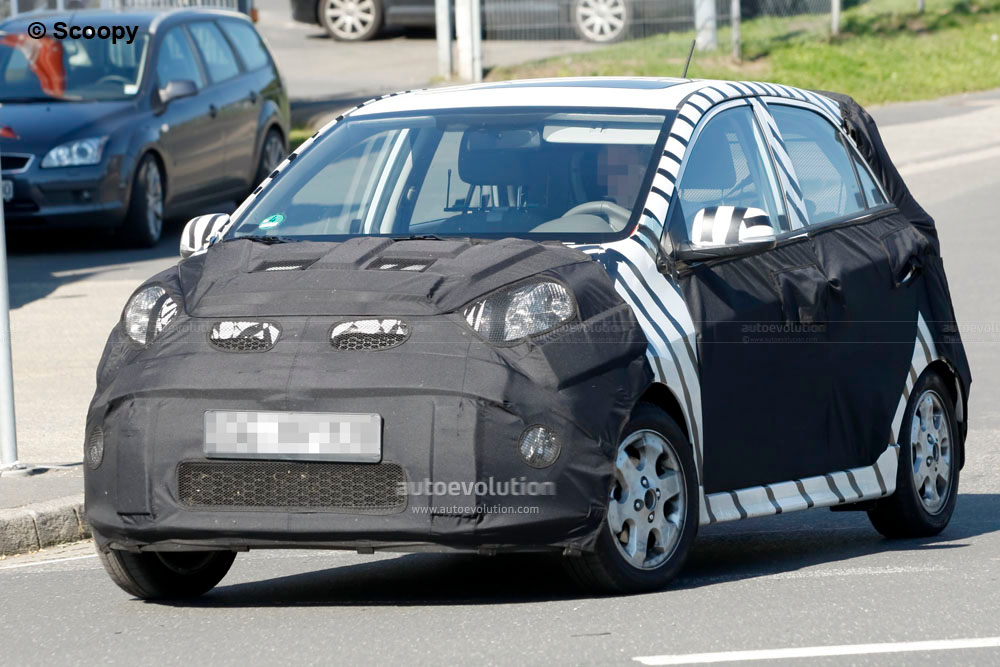 Kia is currently working to develop a new generation of the Picanto supermini, which will come to the market next year.

We are now offering you a set of spyshots that show the car during a testing session in Germany. As you can see, the vehicle is covered with heavy camouflage, so most of its details remain hidden.

The front of the car will use swept back headlights and a familiar tiger’s snout chrome grille. However, we can get an idea of the vehicle's proportions. These seem to have remained unchanged compared to those of the current Picanto.

One thing that has definitely been left behind is the current Picanto’s boxy shape. The next generation of the car will come in a much more modern form, using a sporty profile.

The engine range will also receive modifications, as it will get the new 1.0 liter petrol units that emits 99 grams of CO2 per km and will make its debut at the upcoming Paris Auto Show, on the Picanto’s sister-model, the Hyundai i10.

The vehicle will be launched as a five-door model (just like you see in the images), but Kia is currently also considering building an entry-level three-door version.

The interior of the vehicle will also receive important changes, feature a practical yet stylish design that will be inspired from that of the recently-introduced Sportage SUV model. The car will offer multiple features, such as air conditioning, electric windows and an MP3 sound system.

The new Picanto will be unveiled at the 2011 Geneva Motor Show and will enter the market in the summer. The vehicle is expected to keep its competitive pricing, which means that the entry-level version will cost around EUR8,00 ($10,750).