1 Hyundai Veloster to Show Its Face in Paris 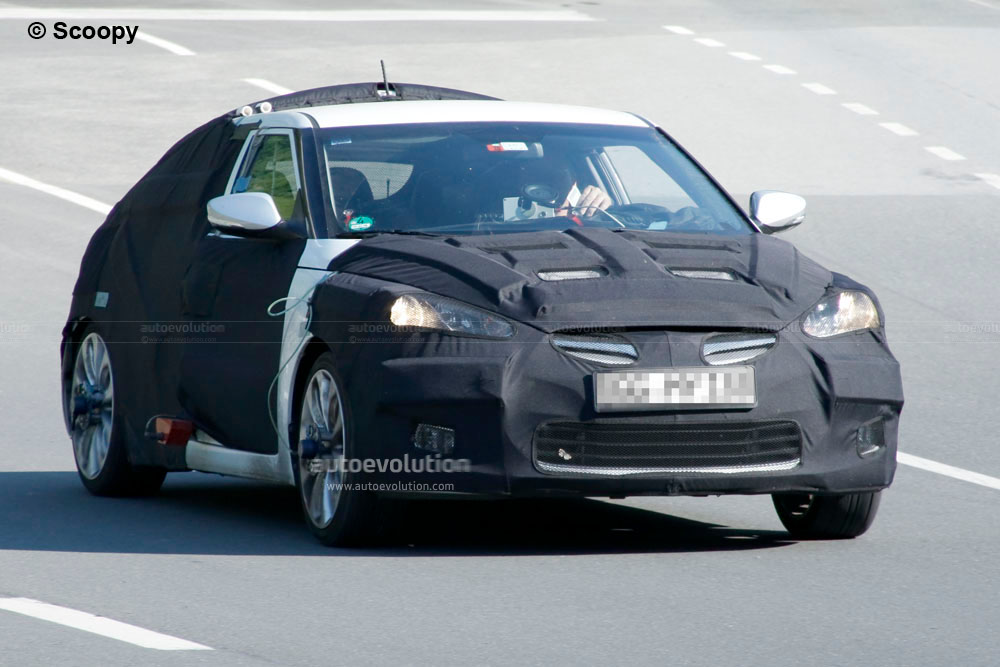 Almost everybody in the automotive industry heard that Hyundai is working on a Scirocco challenger but until now, the South Korean carmaker has done a great job at keeping things secret. The only things we got were several spyshots showing the car under heavy testing, basically the living proof that Hyundai is indeed working on a brand new coupe.

Here's a new set of spyshots, this time showing the car with the heavy camouflage removed from the front end. We finally have the chance to see the new grille, as well as the headlights and the lower fascia but, again, there's no confirmed information on engines or release date.

Earlier today, it has emerged that Hyundai Veloster will make its first public appearance at the Paris Auto Show this year in October, with sales likely to begin in Europe in the first months of the next year. The car will be sold in the US as well and the first units are expected to hit showrooms in the last months of 2011.

Rumors are hinting that the Veloster will use Hyundai's new 1.6-liter engine and maximum power over 140 hp. A second configuration is likely to enter production as well, in the form of a 1.6-liter turbocharged direct injection that would produce somewhere in the vicinity of 200 horsepower.

Talking about the mass-produced Veloster, president and CEO of Hyundai America, John Krafcik, said that the final car is likely to use 70 to 80 percent of the components seen on the concept, with the same FWD platform used on the Accent and Elantra likely to make it to production as well.