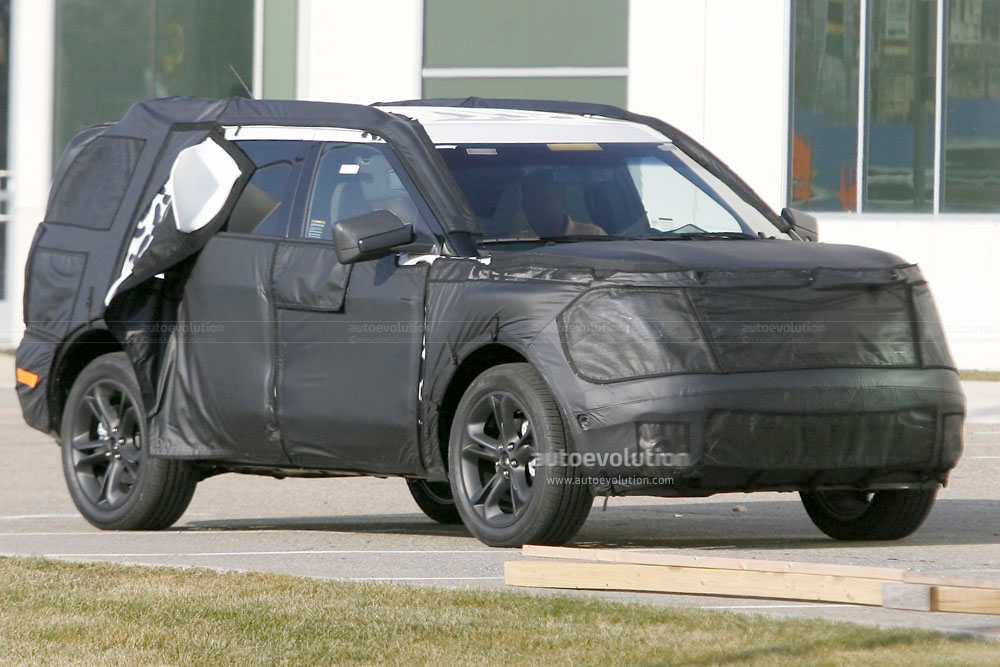 This new set of spyshots is showing the 2011 Ford Explorer interacting with the real world, with the model expected to be based on the D4 unibody platform, also used by Ford Flex and Lincoln MKT. The car is, as you can see in the attached photos, heavily camouflaged and only a few things can actually be seen.

However, we do known that the rear doors have been redesigned while at the front, the 2011 Explorer comes with a three-bar grille. Projector headlights and LED taillights can also be noticed under the camouflage.

The car will most likely come with three rows of seats, but the third row will probably be jump seats.

Ford aims to cut weight and thus improve fuel economy and reduce CO2 emissions. The US-based manufacturer is targeting a 20-25 percent better fuel economy, mostly thanks to the use of a unibody configuration. Additionally, the Explorer range will employ two powertrains, a 2.0-liter 4-cylinder Ecoboost and a 3.5-liter V6.

Following the same trends as the rest of the giant US manufacturers, the parent company will keep the Explorer under the Ford badge, so a Mercury or Lincoln variant is out of discussion for the time being. This way, the company wants to reduce the number of models across the company, just like General Motors and Chrysler who won't sell rebadged models under various brands.

Additionally, Ford will probably scrap plans for a Sport Trac model. Production will begin in the second half of 2010 Chicago's Torrence Avenue assembly plant.