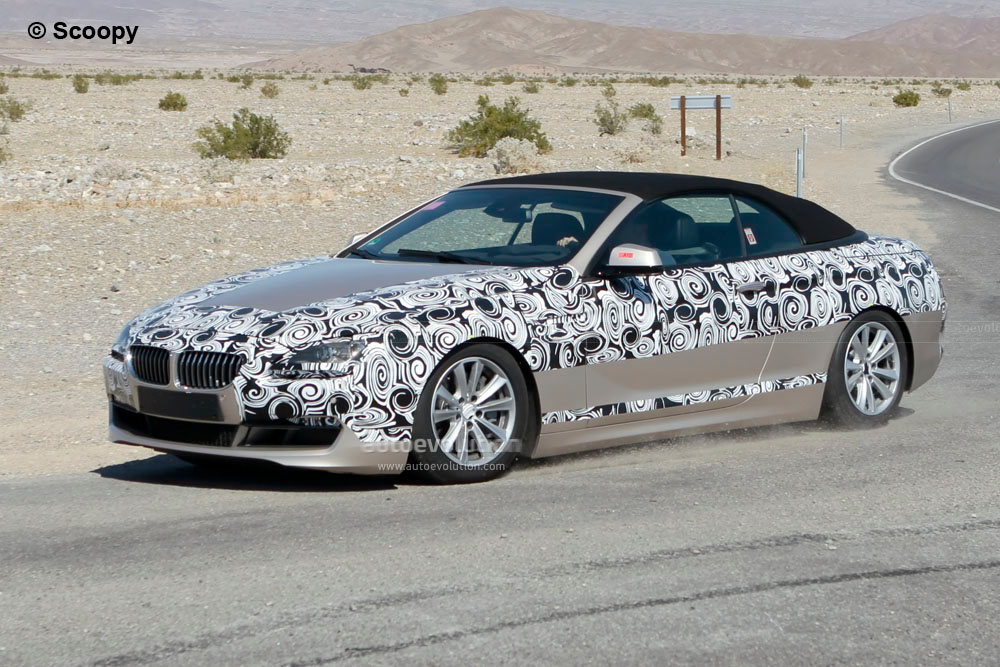 It is time to show you a set of spy pictures revealing the 2011 BMW 6 Series Convertible offering a semi-camouflaged show, together with what is probably a BMW X3 test vehicle.It seems like the vehicle’s front fascia will borrow some of the design cues featured on the BMW Concept Gran Coupe, which is set to become the 6 Series Gran Coupe.

BMW’s flagship drop top will keep the current soft top solution, refusing to use a ever more popular popular retractable hardtop layout. The German carmaker might have chosen this pathway in order to offer a decent luggage space that will confirm the car’s GT status.

The overall shape of the 6 series doesn’t seem to have changed much compared to the one of the current generation of the vehicle, even though all the car’s panel have received attention from the carmaker.

Under the hood of the upcoming topless 6 Series we will find serious modifications. One of the entry-level powerplants will by the twin turbo six cylinder offering 326 hp, with the upper models expected to use the twin-turbo V8 delivering 407 hp. Customers will be able to choose between two transmissions, a DCT seven speed dual clutch and an eight speed automatic.

The oil-burning part of the range will receive the current 635d engine, as well as a tri-turbo six cylinder powerplant that lets the driver play with 354 hp. A hybrid version of the car is also in the works, with the vehicle expected to receive the 655 designation.