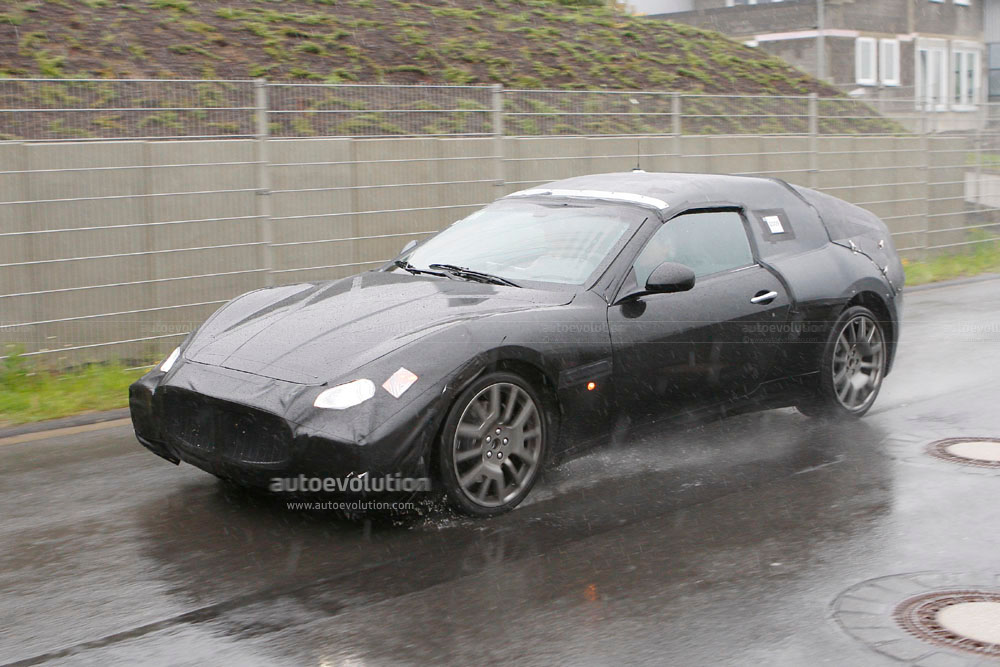 Maseratis have always been very attractive cars, not only thanks to their very appealing designs but also thanks to the very powerful engines they relied on. Although a little is known at this time, a new model will be launched very soon, probably next year. These are the first pictures with the so-called Maserati GT CC on local roads around the well-known Nurburgring. Unfortunately, there's not much to see in these spyshots because the car is heavily disguised with black cover.

However, it might seem like the car is going to boast a retractable metal roof rather than a conventional canvas top, despite the fact that some competitors opt for this kind of roof. Aston Martin DBS for example features a traditional soft top while Porsche 911 Cabrio is also relying on a canvas roof.

A thing worth mentioning is that the car will come in the form of a 2+2 rather than a pure 2-seater. Furthermore, the GT CC will feature basically the same engine and mechanics as the coupe.

As you can see, details are still in the very early stage so nothing can be known for sure at this point. However, more information is expected to be released in the next few months as the company plans to showcase the GT CC for the very first time at the Frankfurt Motor Show in September.

That being said, we'll now let you enjoy the spyshots - although we already told you they're not suggesting too much about the upcoming model. Nevertheless, the car looks great in the rain, doesn't it?