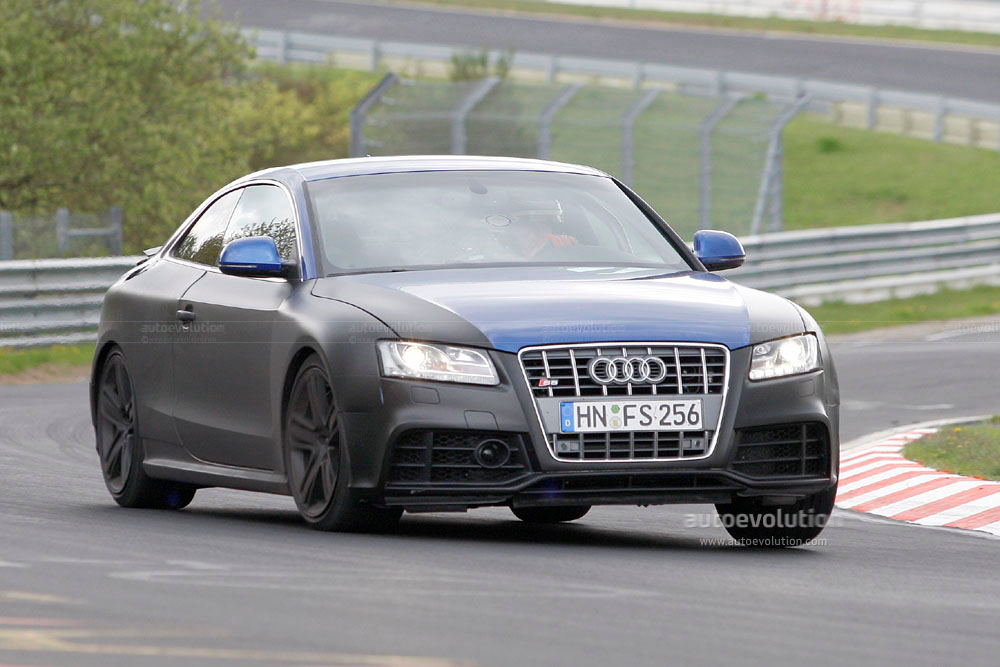 Here we got another set of spyshots showing the upcoming Audi RS5 on the Nürburgring race circuit in Germany only that this time the car is also revealing the retractable rear spoiler that lifts out the body at higher speeds. Just as we told you in early April, the car is undergoing heavy testing so the official debut is likely to take place this year, probably at the Frankfurt Auto Show in September.

The car boasts oval tailpipes, similar to other models included in Audi's RS series, as well as large air-intakes to cool off the engine. And speaking of engines, rumors indicate that the RS5 will be powered by twin turbo charge V10 unit, also installed on the RS6 Avant. There's no word on the output but this particular configuration produces as much as 580 horsepower on the Avant so a 500+ hp maximum power is likely to be reached on RS5 too.

A different bunch of rumors say the RS5 might be also powered by a 4.2-liter V8 turbocharged unit, the same as the S4, which will produce around 450 horsepower. Still not confirmed, but it appears this high-performance model will jump from naught to sixty in about 4.5 seconds.

As you can see, it's all speculation for the time being, but the RS5 will probably get Audi's Quattro system and will offer a choice of two transmission, a six-speed manual and a seven-speed dual clutch.

We're still waiting for some official specifications regarding Audi's upcoming RS5 and, taking into account that that it might be launched this autumn, new information is expected this summer.