2 Spyker, the Only Bidder Still in the Race for Saab
Up Next

Honda Small Concept to Be Showcased in New Delhi 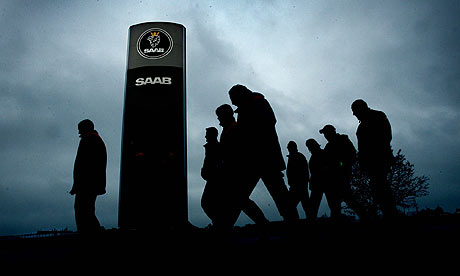 Following GM's decision to kill Saab and Spyker's second attempt to prevent that from happening, the offer submitted by the latter has been extended indefinitely, after the initial December 21 deadline was considered unrealistic.

According to Spyker's CEO, Victor Muller, the revised offer is "open-ended and it has been extended until further notice." Even if, until now, many details about Spyker's offer were unknown (apart from the fact that it is an 11-point plan), the infamous inside sources went to work and began digging up some of the details of the proposed deal.

According to Autonews, Spyker's bid includes a revised ownership structure and sets aside Spyker's need to get a loan approval from the European Investment Bank (EIB) this year.

In addition, Spyker outlined the benefits both of the companies will enjoy if they become one. Muller said that "the synergies are very, very clear," as Spyker would benefit from Saab's technical resources and distribution network, while Saab could grow on Spyker's "entrepreneurial skills."

Sweden on the other hand is getting ready for the mayhem to follow Saab's demise. The Swedish government announced it is considering giving $75 million to the workers who will be affected by the closure. As the Swedish enterprise minister Maud Olofsson said, "the situation is very difficult."

"We should be careful about fueling new hopes in a situation where the people in Trollhattan, and at Saab and their subcontractors are thrown between hope and despair," Swedish prime minister Fredrik Reinfeldt added.