1 Sport Divisions in the Spotlight - Abarth

5 Sport Divisions in the Spotlight - AMG
Up Next

More Than 50 Cars Stashed in a California Barn

Bogdan Popa
French manufacturer Renault is one of the main players in the European automotive industry and through several alliances and partnerships around the world, the company is planning to expand its coverage in yet unexplored regions. However, we're not going to talk about Renault's enthusiastic expansion plans but about its sport division which was mostly created thanks to an increase in popularity, as more and more consumers across the Old Continent demanded sportier versions of Renault's cars. Renault Sport has quite an interesting history as it evolved from the popular French manufacturer of racing and sports cars Alpine. As the company was mainly designing cars equipped with Renault engines, it quickly caught the attention of the French automaker who started considering a takeover. The right time came in 1973 when, due to the petrol crisis, Alpine's production fell dramatically and created the need for an outside investor capable of financing the company's debts. Renault got involved and purchased the majority stake, allowing the company to continue its operations in motorsports. Backed by Renault's money, Alpine had higher expectations during the '70s, with a win at Le Mans becoming their immediate goal. Alpine finally managed to dominate the Le Mans race in 1978 when the Renault Alpine A442B, powered by a turbocharged engine, arrived first. Renault Sport saw daylight in 1975 when the French manufacturer Renault decided to merge the Dieppe-based Alpine with Gordini and form the performance and motorsport division. Two years after the merger took place, Renault Sport entered Formula One but the first win came only in 1979 with Jean-Pierre Jabouille at the wheel. Back in 1994, once the company rolled off the last A610, Renault decided to kill the Alpine nameplate and discontinue a brand that made history in motorsports. However, this doesn't necessarily mean that Alpine's production lines bit the dust too as the French manufacturer continued the expansion of the Dieppe facility in order to build Renault Sport-badged models. Since then, Renault Sport was mostly focused on producing higher-performance versions of Renault's models, with Clio and Megane surely the most popular names among these. Furthermore, media reports released in the last few years hinted that Renault would intend to revive the Alpine brand and continue it alongside Renault Sport. Nevertheless, the economic recession that exploded in the fourth quarter of 2008 changed Renault's plans who announced in February 2009 that Alpine's revival will be delayed a bit until the market comes back to the pre-crisis levels. As said, Renault Sport designed several high-performance versions of the company's models, including upgraded flavors of Renault Twingo, Clio and Megane. Since 1994, the sport division designed and rolled out an RS version of almost every single generation of these particular models. RENAULT TWINGO RS

Renault Twingo RS is one of the latest addition to the RS range, with the French manufacturer announcing the sporty version of the Twingo in early 2008. Based on the second-generation Twingo, the RS is powered by a 1.6-liter engine that produced 133 horsepower and featured all kind of exterior styling enhancements. Beside the normally-aspirated 1.6-liter 16V engine, the car also features two-tone bumper, foglamp surrounds, wing mirror shrouds, 17-inch alloy wheels and an aerodynamic spoiler, all of them meant to provide a more aggressive stance on the road.

Interiors have been customized as well, with the four-spoke perforated leather steering wheel with dark charcoal stitching and the Renault Sport seats the first things you'll notice when stepping in. Other enhancements include aluminum pedals, rev-counter with gear change alert, RS logo inside the cabin and on the front seats plus dark charcoal interior trim. 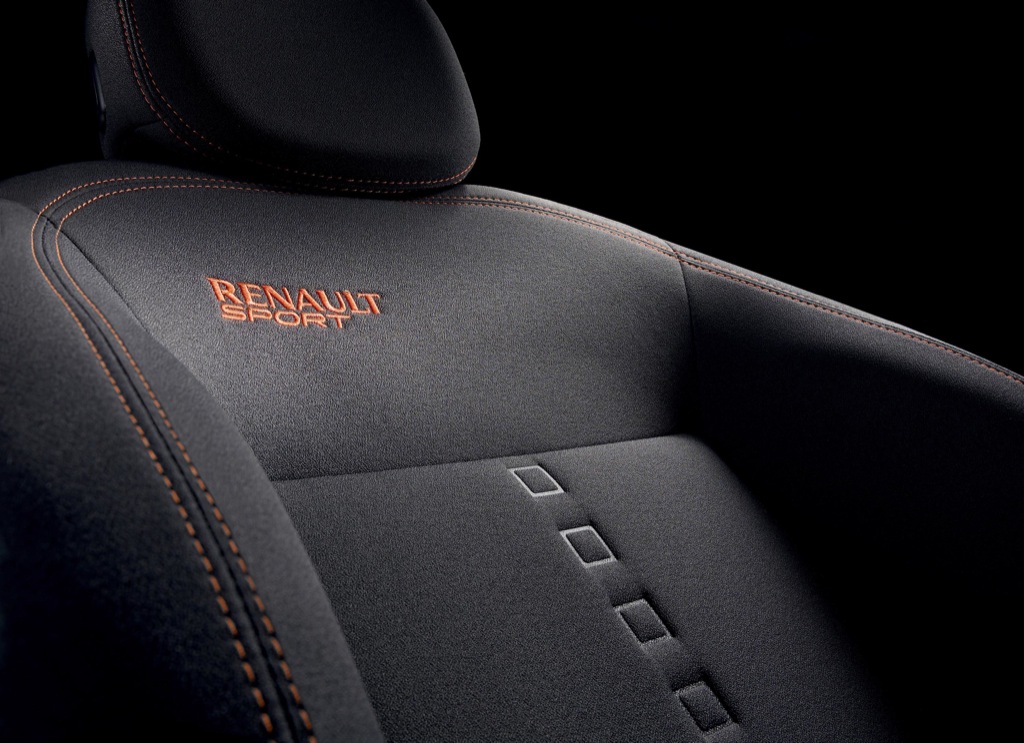 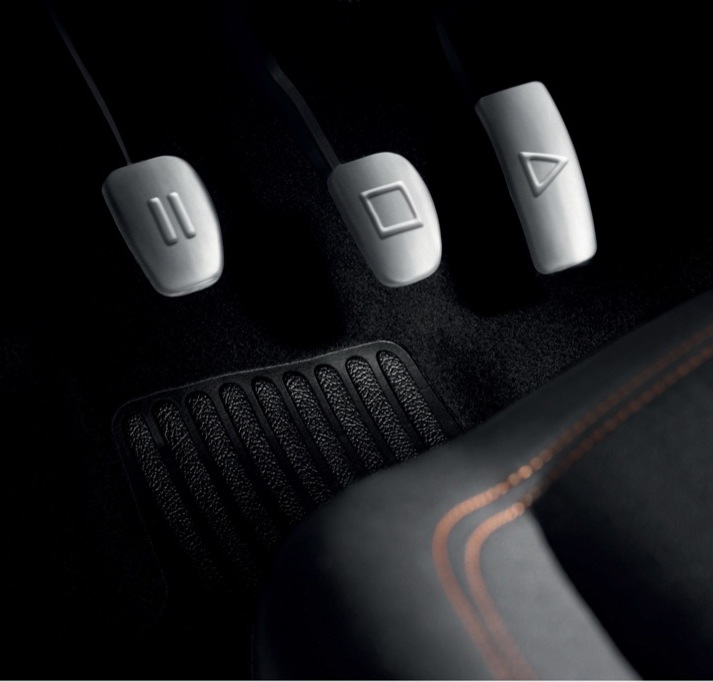 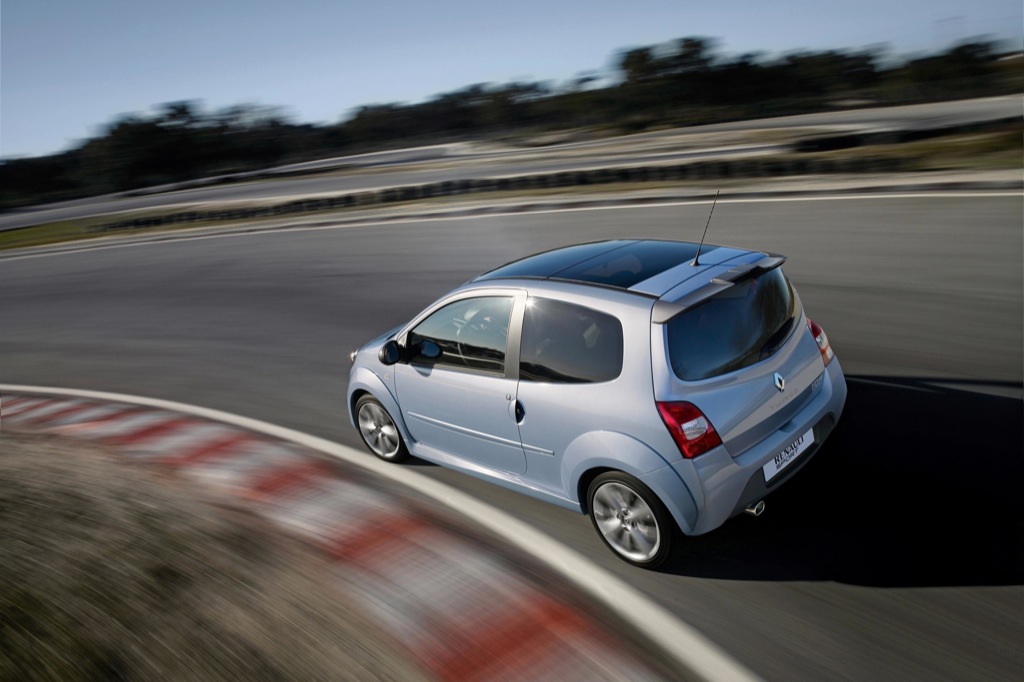 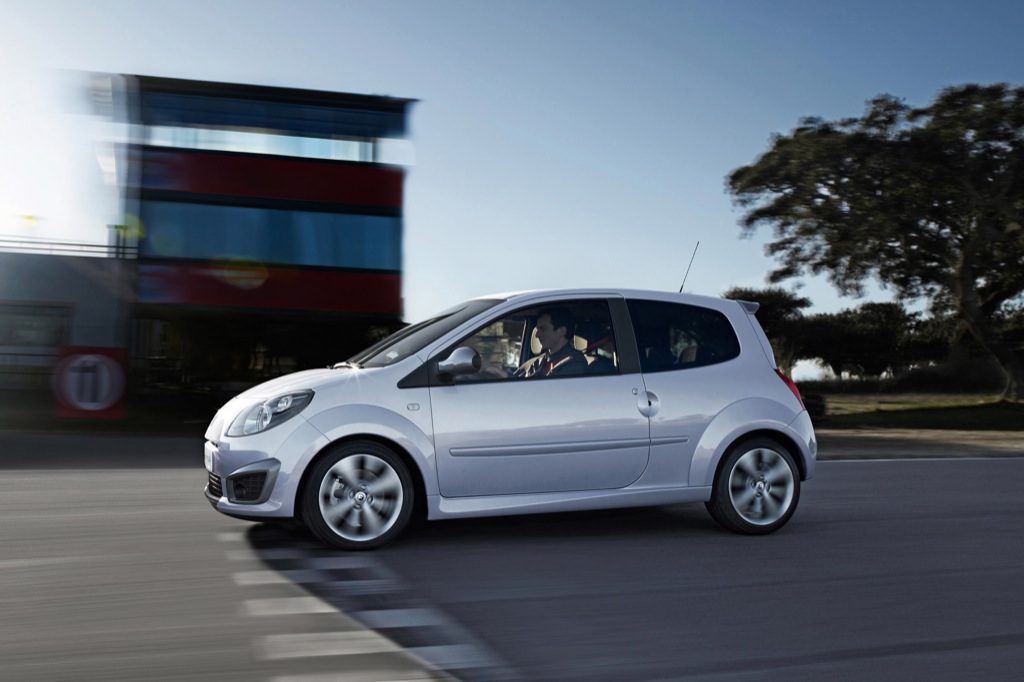 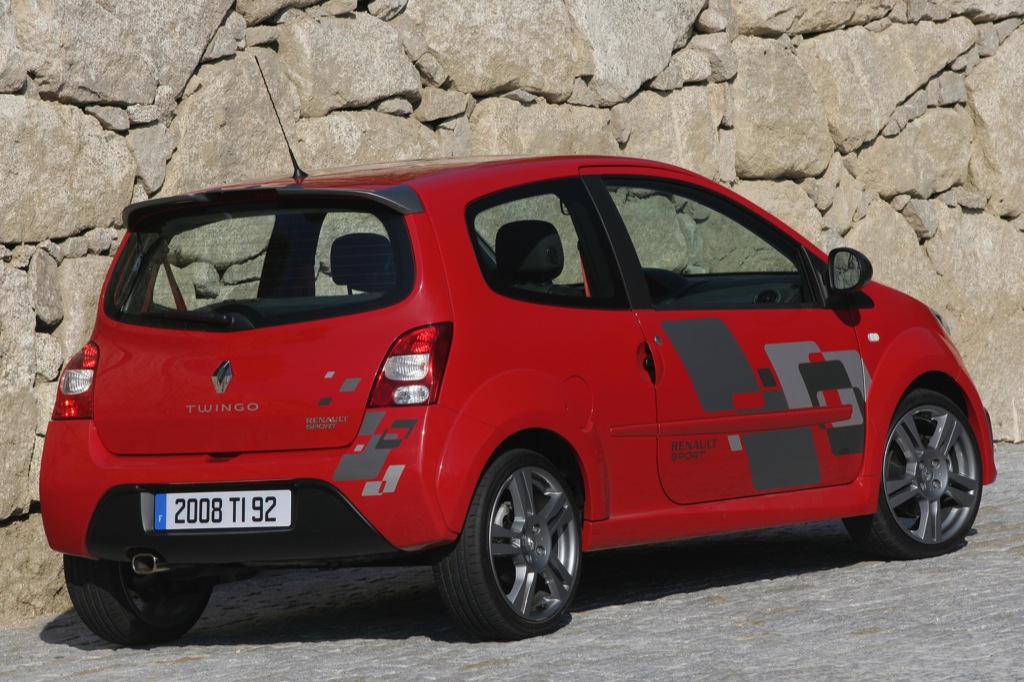 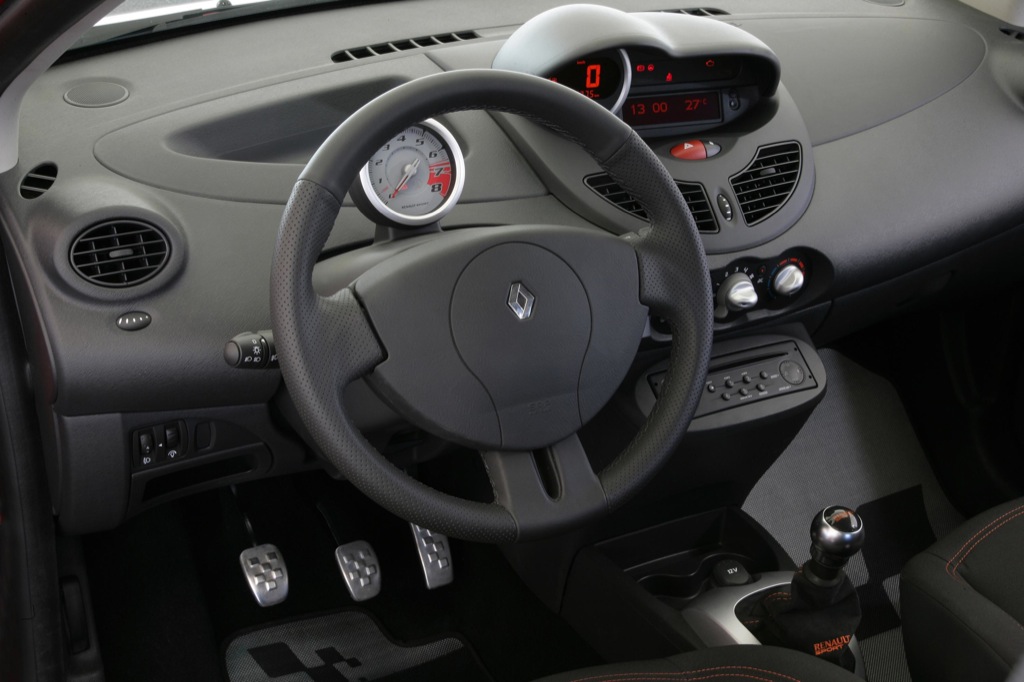 Although Renault Sport rolled out several high-performance flavors of the Clio, we're only going to talk about the latest addition to the range which was officially shown to the world at the 2009 Geneva Motor Show. In fact, the company rolled out two different versions of the Clio RS, different in appearance but almost with the same engine performance figures.

In terms of performance, the Clio RS comes with a 2.0-liter 16V engine developing 203 horsepower. In order to handle such a big amount of power, the Renault Sport engineers also included Brembo front calipers, independent steering axis front suspension, front-wing air-extractors, a rear diffuser and a front splitter and other aerodynamic elements inspired from Formula One, as Renault states. 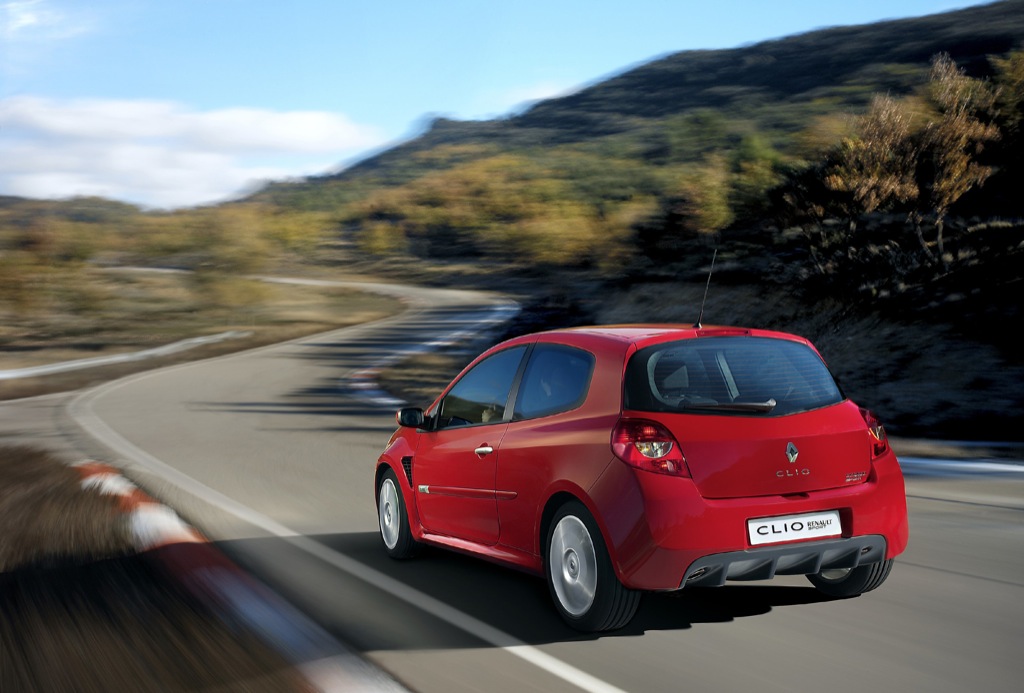 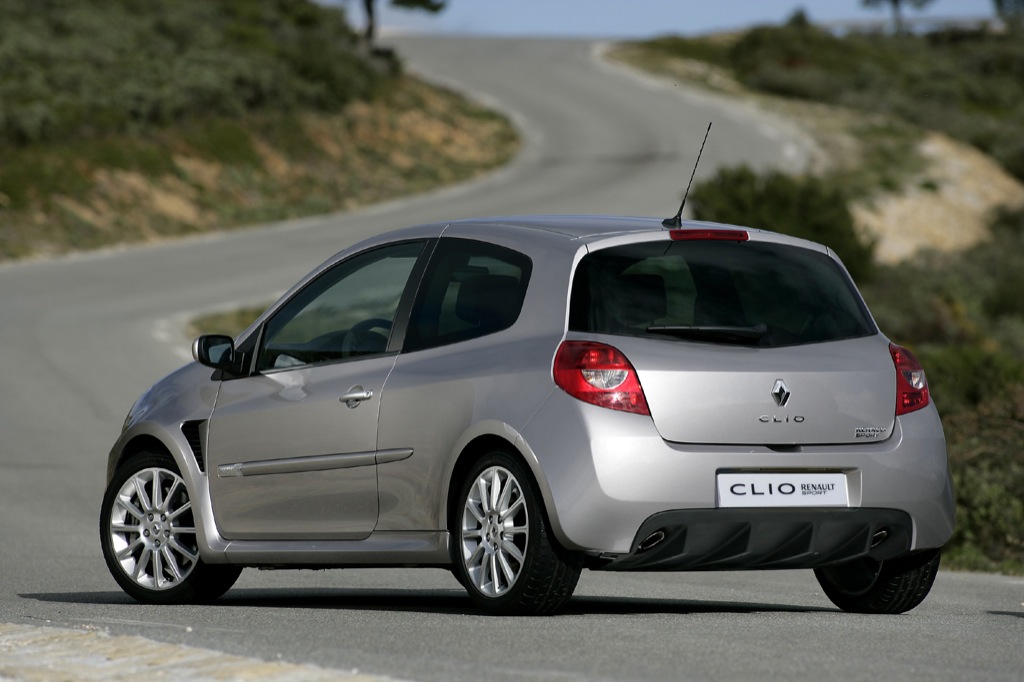 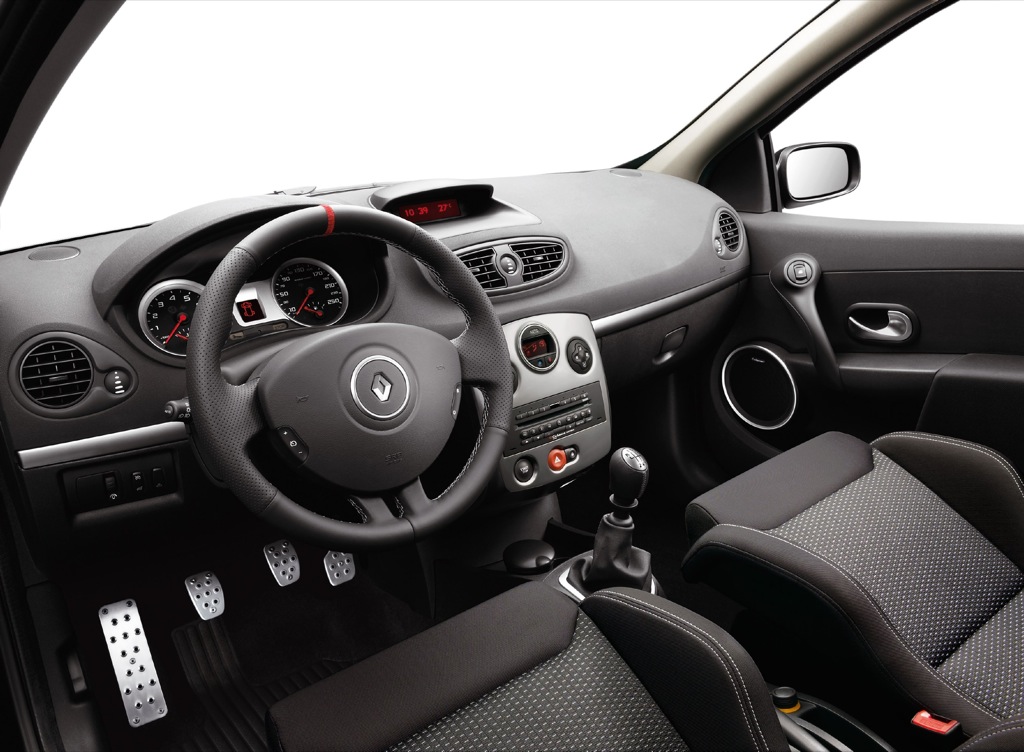 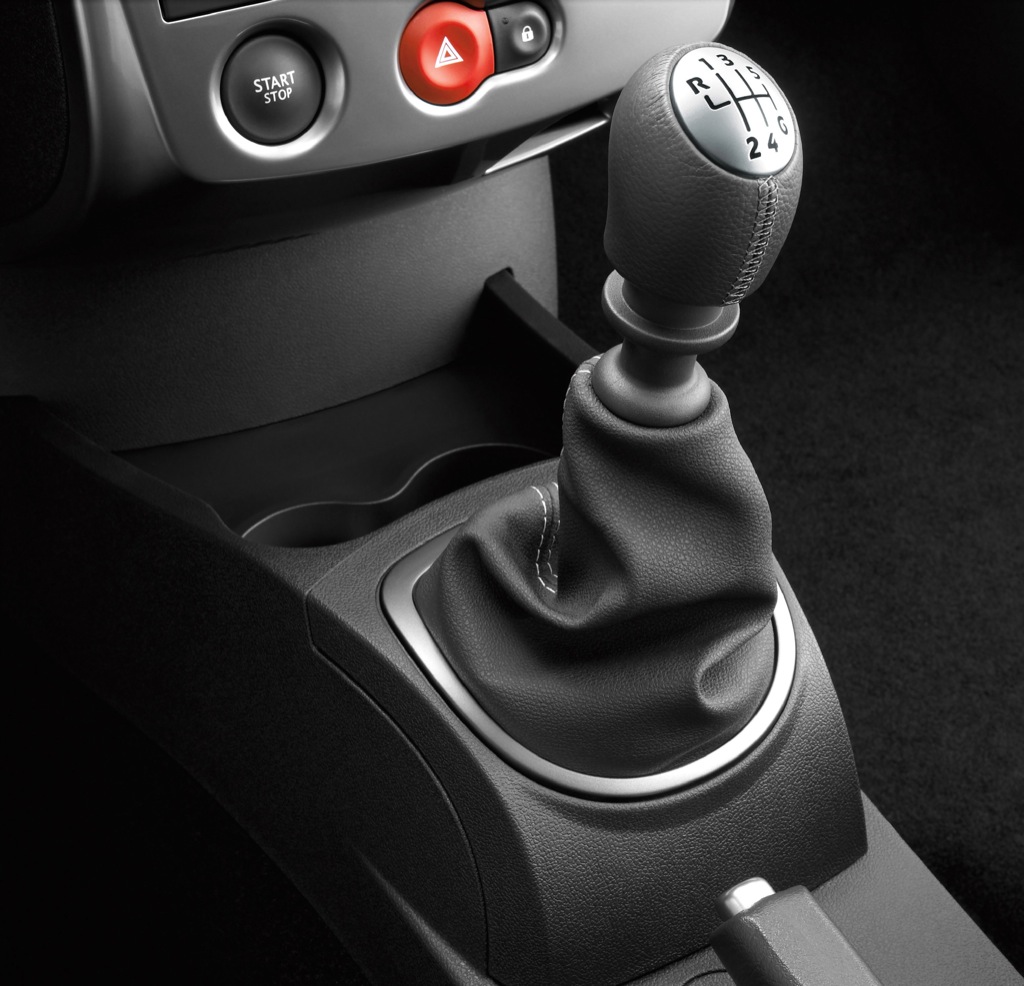 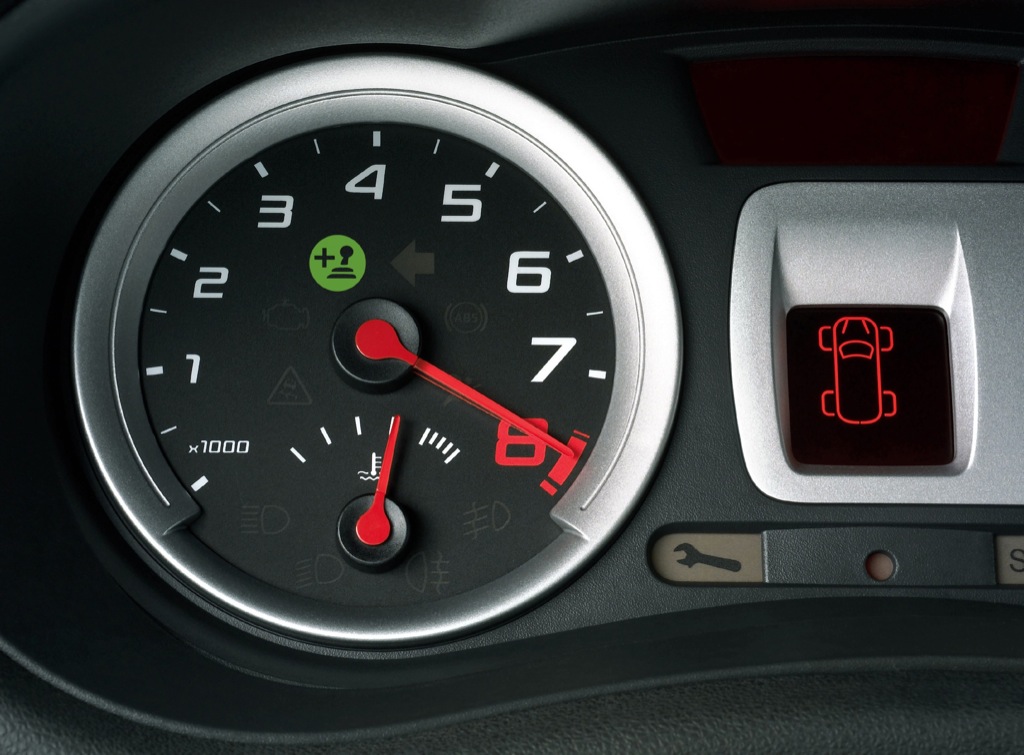 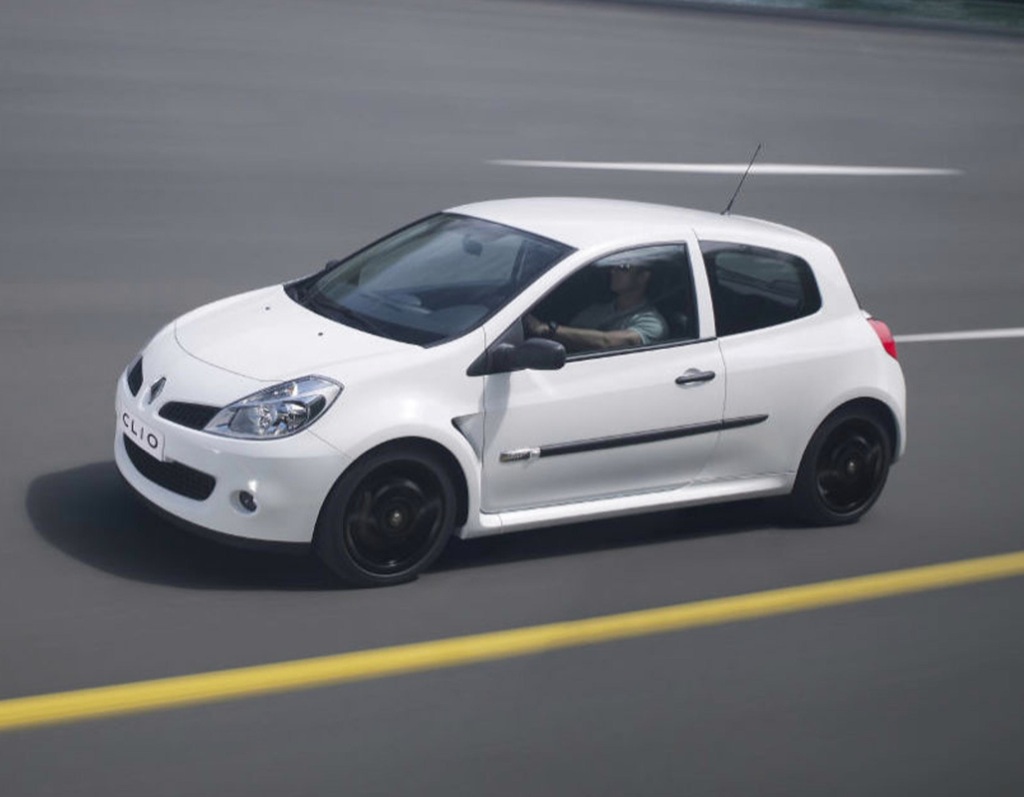 Renault Megane RS is often referred to as a state-of-the-art vehicle and probably the most appealing and attractive car ever released by Renault's sport division. With an extremely sport appearance, the last generation Megane RS is powered by a 2.0-liter 16V turbocharged engine that generates 250hp (184kW) at 5,500rpm and a peak torque of 340Nm at 3,000rpm.

Obviously there are numerous other enhancements that come to improve the sporty appearance, such as the LED daytime running lights incorporated in the front bumper, the 18-inch aluminum alloy rims and the central exhaust pipe. Inside, the car boasts extra lateral support for the seats, analog rev counter, visual and audible gearshift indicators, aluminum pedal covers and Renault Sport logos on the headrests and on the dashboard. 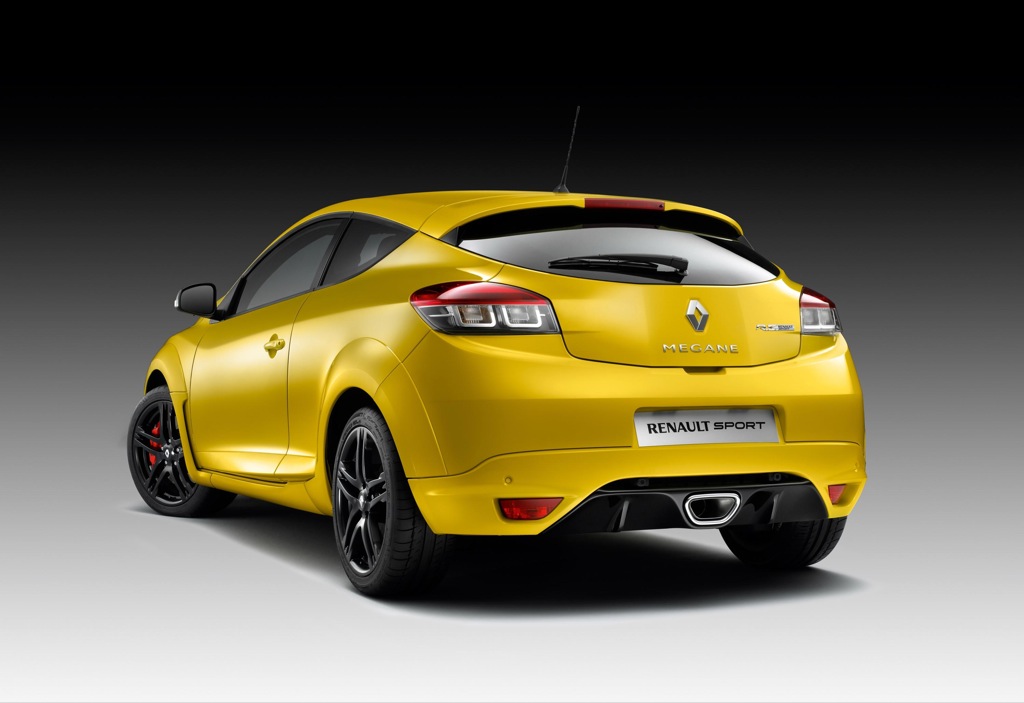 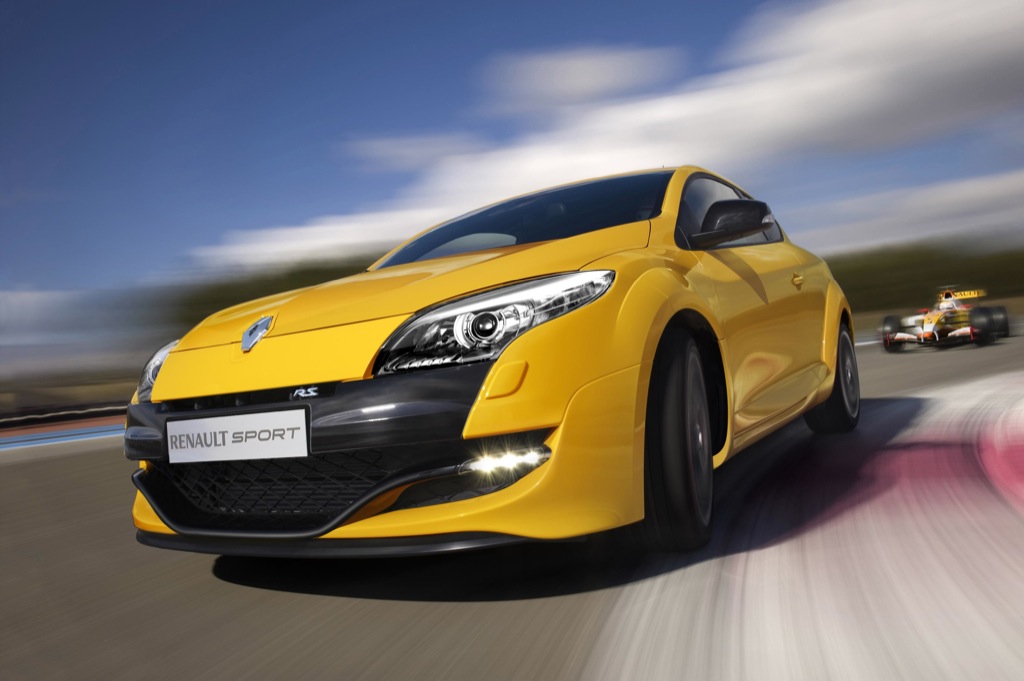 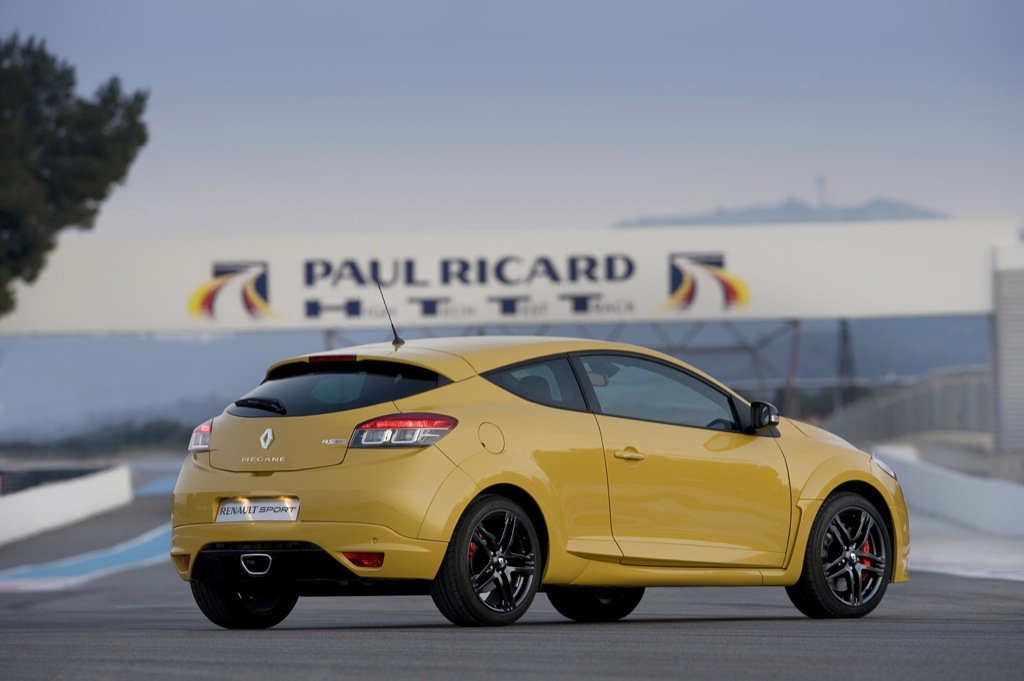