3 U.S. Spy Satellites Successfully Launched for the First Time This Year by SpaceX

5 Astra Rocket 3.3 Comes to Life Ahead Satellite Launch
Car video reviews:
Up Next

Getting stuff into Earth orbit is an expensive business for the ones in need of such services, but lucrative for companies supplying them. This is why in recent years our world has seen an explosion of companies making hardware needed to reach space, and selling their services to those interested.

SpinLaunch Is a Big Slingshot Shooting Stuff Into Space, an Idea So Simple It’s Genius

The list of such companies is long and ever growing, but the fight is getting fiercer, as between the established veterans of the space age and established newcomers (SpaceX, Blue Origin, Virgin Galactic, or Sierra Nevada), there’s little room left for someone trying to provide orbital launch solutions.

In fact, you could say it is becoming almost impossible to enter this select group, and one has to come up with something truly revolutionary to make a mark on the industry. A California-based startup called SpinLaunch thinks it has exactly what the doctor prescribed: a solution to reach orbit that does not involve rockets. Mostly.

Founded in 2014, the company has come up with a crazy idea of using a sort of accelerator to spin a launch vehicle really, really fast inside a specially-designed chamber, and when the desired speed is hit, release it through a launch tube and have it reach the desired orbit.

This alternative way of doing things, which is essentially the definition of a centrifugal slingshot, should allow the company to launch 200 kg (441 pounds) class satellites into low orbit, very fast and very cheap.

The idea is so simple not only is it genius, but also kind of makes you wonder how come no one thought about it before. Or maybe they did, but the technological level of our civilization only now allows for this concept to be studied.

SpinLaunch is an idea based on just two main elements, the orbital accelerator and the launch vehicle.

The orbital accelerator’s main component is the vacuum chamber, a 300-feet (91 meters) in diameter steel cylinder that holds a hypersonic carbon fiber tether. Two powerful electric motors (unclear how powerful) spin the tether - which has at one end the launch vehicle - to speeds of up to 5,000 mph (over 8,000 kph, or six and a half times the speed of sound).

Being located inside a vacuum chamber, the vehicle encounters little drag, and is safe from overheating due to the high speeds.

When launch speed is reached, the vehicle (shaped like an oversized bullet) shoots out through the exit tunnel that is sealed with some sort of membrane at one end. As soon as it’s out, high-speed airlock doors that “operate faster than the blink of an eye” close, preventing the vacuum chamber from re-pressurizing after release, and allowing for more launches.

The launch vehicle should, in theory, go up into the atmosphere, although for further maneuvers and an exact positioning of the satellites in orbit a good old fashioned rocket burn might still be needed.

The SpinLaunch idea has already been put to the test. In the fall of last year, Spaceport America witnessed the first launch of a test vehicle at supersonic speeds, from inside a scaled-down version of the technology called sub-orbital accelerator.

This year, the system will be put to further tests, “with a variety of vehicles and launch velocities.” The company plans to make the first launches under customer contracts in late 2024.

If successful, SpinLaunch should revolutionize the satellite deployment industry. As per the numbers it crunched, this way of sending stuff into orbit should be ten times cheaper than with conventional systems - present costs vary greatly, depending on a great number of factors, but for reference SpaceX sends stuff up there in exchange for around $30 million per launch.

The reduction in cost comes partly from the fact satellites will require four times less fuel to reach their orbits, and multiple launches per day, far better than anything we have now, can be achieved. 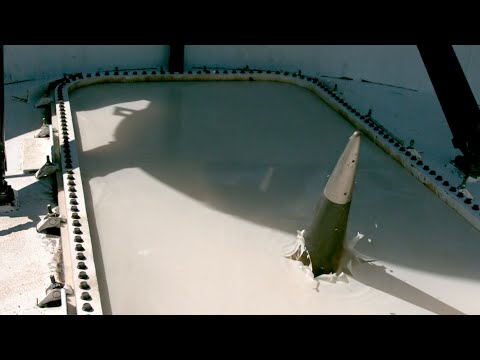 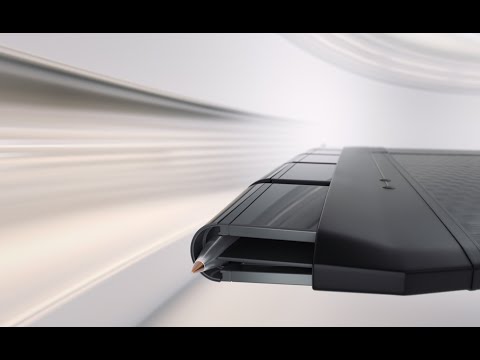