1 Do Exploding Starships Go to Valhalla? Here’s a Video to Make You All Emotional

2 SpaceX Will Land Americans on the Moon Again, With NASA’s Artemis

4 Starship SN11 Test Flight Ends in Explosion, Debris Raining Down From the Sky

SpaceX said it could launch a rocket that would then land vertically without damage, so that it would be used on future missions, and SpaceX delivered. Starship SN15, the latest prototype rocket, has just checked all the boxes on its test flight, and was able to make a perfect landing.
1 photo
Since December last year, SpaceX has been launching prototype rockets to show once again that reusing rockets would be possible. For that to happen, the rocket would have to make a soft landing, so SpaceX developed an entire novel approach, where it would hover at a given altitude, turn horizontally, and then freefall (the “belly flop” maneuver). Before reaching the ground, the rocket would re-orient itself in a vertical position and use one or two of its three Raptor engines to make the soft landing on the pad.

Previous attempts have all been dubbed a success, but only one of them saw the prototype touch ground still in one piece. And that time, too, it was only temporarily, since SN10 exploded off-camera a couple of minutes later.

Accumulated experience translated into a series of improvements that allowed SN15 to check all the boxes during the experimental flight, SpaceX says. Specifically, they refer to “a new enhanced avionics suite, updated propellant architecture in the aft skirt, and a new Raptor engine design and configuration.”

SN15 took off from the SpaceX Starbase test site, near Boca Chica, Texas, at 6:24 p.m. EST. It reached an altitude of 6.2 miles (10 kilometers) before the “belly flop” and the beginning of its journey back on land. SN15 did catch fire at the end, and there were a couple of explosions heard, but the odds of such an incident will be addressed with future improvements.

The launch streamed live on YouTube, and you can see the recording in the video below. Camera feed was lost at certain intervals, so viewers weren’t treated to spectacular moments like with previous launches, when the prototype flipped and freefell. Nonetheless, the landing at the end makes up for whatever is missing in grandeur during the flight. 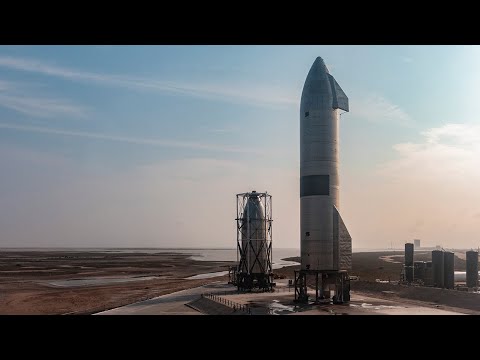 ‘The Starship Has Landed’ pic.twitter.com/vkSloRjUmE