4 Falcon Heavy Booster on Display at the Kennedy Space Center

5 SpaceX’s Third New Drone Ship to Be Called "A Shortfall of Gravitas"
Car video reviews:
Up Next

On Tuesday, SpaceX’s Falcon 9 managed another successful launch from the Vandenberg Air Force Base on the California coast, carrying aboard two-car sized satellites meant to track changes in the movement of water on Earth.
1 photo
The satellites sent to orbit are called Gravity Recovery and Climate Experiment Follow-On, or GRACE-FO. They are the result of the joint work conducted by NASA and the German Research Centre for Geosciences (GFZ).

The two satellites are meant to monitor the movement of mass around the Earth and try to determine how this movement affects Earth's gravitational pull. This metric will be determined based on how far apart the two satellites would stray over time.

Both have been deployed in the same plane, but at a distance of 137 miles (220 kilometers). According to NASA, the instruments onboard are so advanced that they would be able to measure the drift between the two to within the width of a human red blood cell.

"Just as important, because the mission monitors many key aspects of the Earth's water cycle, GRACE-FO data will be used throughout the world to improve people's lives - from better predictions of drought impacts to higher-quality information on use and management of water from underground aquifers."

Alongside the GRACE satellites, the Falcon also transported five Iridium NEXT communications satellites, part of the orbital array which provides voice and data coverage to satellite phones.

The booster of the Falcon 9 which carried NASA’s cargo to space was the same used during the Zuma mission back in January. Zuma was a classified United States government satellite, and the unofficial word is that it was lost during deployment and re-entered the atmosphere following its failure to detach from the rocket.

During Tuesday’s launch, the space company did not attempt to recover the first stage booster of the rocket. 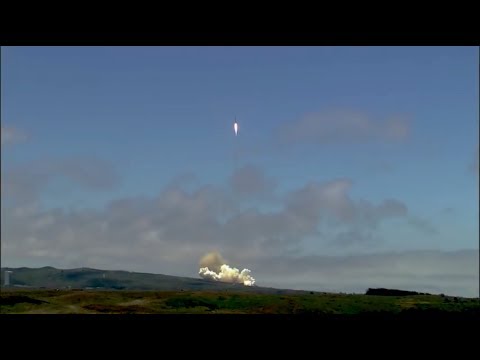