Cosmin Vasile
Eve Online, the space-based, persistent world MMORPG developed by CCP Games, is one of those games with a very dedicated player base. Evolved from the classic Elite, many see Eve Online as one of the best space games of all time, alongside Elite: Dangerous.
13 photos

Unfortunately, Eve Online is struggling to gain new players and, more importantly, keeping them. Although Eve Online is free-to-play, it requires a monthly subscription for to use more advanced spaceships and skills.

The only thing that equals Eve Online’s complexity is its steep learning curve. Even though it wasn’t the main reason I stopped playing the game several years ago, it surely contributed to the decision. Last month’s Gateway update brings an improved new player experience to new players and a handful of other important gameplay features aimed at new Capsuleers.

Despite the fact that CCP has released the Gateway Quadrant as a stepping stone for its upcoming update coming in November, I believe it does another one other thing really well: it explains the concept of death in Eve Online.

This is truly a complex game, but what new players really need is to understand that dying in Eve Online is just as normal as riding a bike. That’s something that Eve Online veterans accepted and are now having a great time in the game, but dying a few times as a new player can be a real issue.

Death takes many forms in Eve Online, but the feeling is the same
As an MMORPG, Eve Online encourages the interaction between players, and, of course, some alliances and corporations might wage war against one another from time to time. If you stick to high-security zones as a new player, you should be safe, but once you go too low and null security zones, everything goes. Obviously, no matter what career you choose in Eve Online (i.e., explorer, miner, bounty hunter, manufacturer), low and null security zones are the places where you want to be for the highest rewards.

The new career experience introduced in the latest update gives new players the basics and awards them enough ISK (in-game currency) to have an easier time in their newly chosen profession. However, the mirage of amazing treasures hidden in low and null sec will undoubtedly push many new players to those zones sooner or later.

So, you buy the best gear to fit your ship to prepare for a trip to null/low sec, and you read a few guides that tell you what you need to do. Then, you’re happy that you have just the right skills to run a decent fit on your ship, and you think you’re ready. That’s the typical mindset for new players, and while there’s certainly nothing wrong with it, Eve Online is a different breed of MMORPG.

Losing your best ship and all the money you invested in gearing it up can be devastating for a new player. Unfortunately, having that happen twice in a row often leads to new players leaving the game never to come back.

The Gateway Quadrant introduces a new story-driven new player training experience, which prepares them for the world of Eve Online and explains to new recruits that death is not really the end and that they should get used to it. There’s even a story mission in the tutorial that has you sacrifice your ship to save others’ lives, which is spot on when it comes to what death really means in Eve Online.

Apart from being a very complex game, Eve Online suffers from a lack of death conceptualization. Fortunately, that’s partly solved by Eve Online veterans who often advise new players to get used to dying often and never fly an expensive ship with expensive gear fit in dangerous parts of the universe.

Knowing when to take risks is key to success
To be successful in Eve Online, you have to know when to take risks. Taking decisions that involve the “risk/reward” concept might also help new players find the activity they like most. The adrenaline rush you feel when you open a container in a relic site located in null sec can only be compared with the dopamine infusion you get when another player warps in and tries to kill you.

As an explorer in Eve Online, you’ll be living on the edge most of the time, no matter what ship you fly. Or you can switch sides and turn from being prey for veterans into a hunter who stealthy waits for an inexperienced explorer to launch scanning probes without cloaking their spaceship afterward.

All the activities in Eve Online may lead to death, so knowing how to mitigate the risks of dying is key to success. Explorers, for example, especially the inexperienced ones, must always use the cheapest ship and fit when they venture into low/null-sec. One good haul from data/relic sites is more than enough to pay for at least several new ships and gear. Doing risk well won’t save you from dying in Eve Online, but it will surely put you in the correct mindset to continue to play it, because that’s the only way to learn how the “risk/reward” mechanic really works. 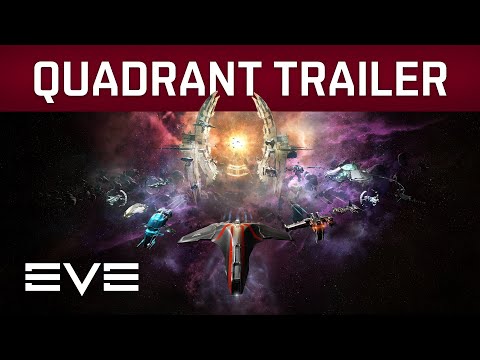