2 SpaceShipTwo, Zefram Cochrane Would Be Proud

3 VSS Enterprise Takes to the Sky
Car video reviews:
Up Next 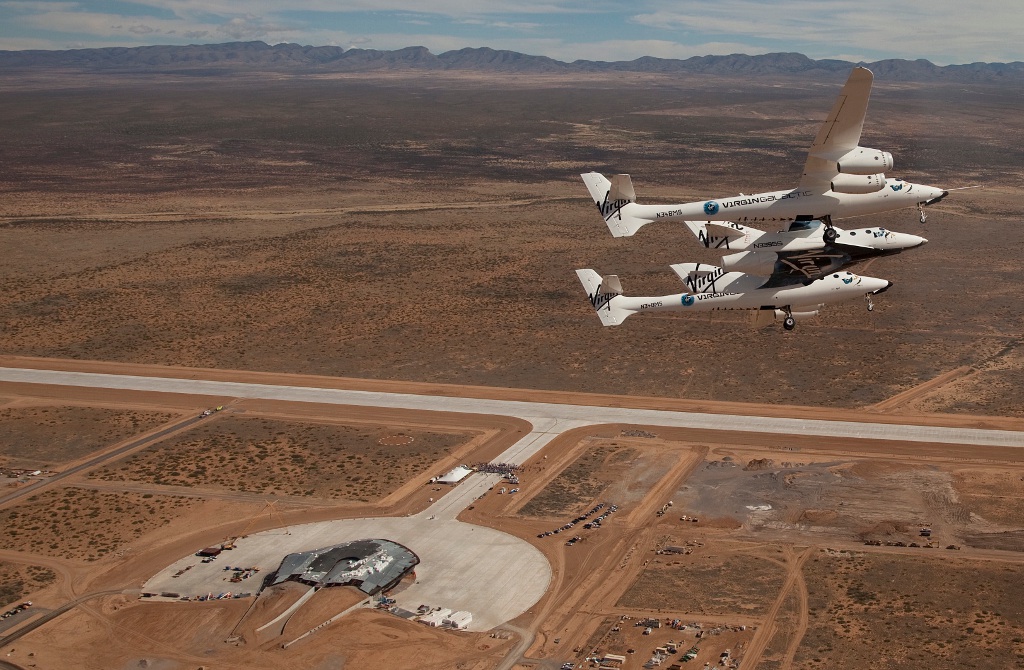 As some of you already know, the spaceway is part of Spaceport America, the brainchild of Richard Branson and his Virgin Galactic. It will be used, starting 2012, for operating suborbital space flights with civilians on board.

The spaceway is 42-inch thick, with 24 inches of prepared sub-grade, four inches of asphalt, and 14-inch layer of concrete. According to Virgin, it can receive nearly every type of aircraft in the world, but will mostly be used by returning launch vehicles and fly-back rocket boosters.

“New Mexico is not only helping to launch the commercial spaceflight industry, but we are launching new jobs and opportunities for the people of southern New Mexico. Today marks a significant milestone on our historic and exciting journey.”

Spaceport America will become operational in 2012 and will be at the center of commercial space flights. It will be the home of the VSS Enterprise, a ship which will take people beyond the atmosphere.

“Our spaceship is flying beautifully and will soon be making powered flights, propelled by our new hybrid rocket motor, which is also making excellent progress in its own test program,” added Branson.