2 Top Gear Tesla Didn't Run out of “Fuel” After All 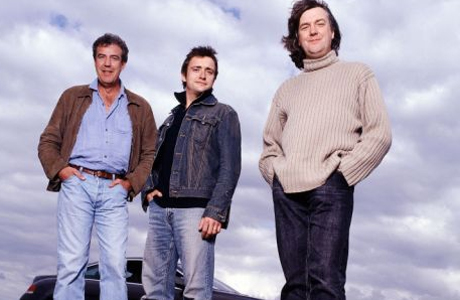 We knew it will be a time when space travel will be as ordinary as flights over the ocean but we couldn't have possibly imagined that time is closer than ever. Oh well, at least closer than ever for Top Gear's hosts.

In an attempt to make their motoring show even more sensational, it seems that the Earth is not enough for Jeremy Clarkson as he plans to present it from the outer space together with co-hosts Richard Hammond and James May, Daily Star found out. Because they need more amazing stunts, his dream might actually come true by the end of next year.

“We’ll get into space by the end of Top Gear. We’ll do it!” Richard Hammond claims. “Because of the hard times everyone is facing, we need to go ridiculous on Top Gear. We need faster cars and bigger stunts. Nobody can afford to go out and buy a car, so there is no real point us reviewing them. We might as well concentrate on escapism and fantasy,” he added.

As incredible as it may seem, this is not a joke as it seems that the BBC have already spoken with the president of Virgin Galactic, space flight branch of Virgin Airways about the possibility that Top Gear's hosts make a trip into the outer space.

“It is more than feasible. Figures at the BBC have spoken with us and discussions are ongoing,” Will Whitehorn said. “We completed a second test flight at the weekend and we will be commercially in space by the end of next year. It is the next frontier in travel and it would make sense for a show like Top Gear to be the first ever to present from space,” he added.

But what will happen with Hammond's fear of heights in this case? For those who don't know, he survived a 300mph jet-car crash in 2006 and since then he has developed a certain fear of heights. Even so, when it comes to such an adventure, he is ready to get over his limits.