4 After Denis Villeneuve, Funcom Brings the Dune Universe Back to Life

Space Opera The Expanse Gets Turned Into a Video Game

Home > News > Videogames
Cosmin Vasile
Sci-fi opera The Expanse went from being canceled after three seasons at Syfy to being one of the most successful Amazon TV series. With season 6 of the TV show debuting early this month, The Expanse continues to ride the hype train with a brand-new announcement.
6 photos

Telltale, the studio behind so many adventure games based on huge franchises like The Walking Dead, Batman, Borderlands, Fables, and Game of Thrones, announced they are now working on the official The Expanse video game.

Set hundreds of years in the future, The Expanse TV show is based on a series of novels by James S.A. Corey. The series follows a group of protagonists representing major factions like the Earthers, Martians, and Belters as they uncover and become involved in a conspiracy that threatens the balance.

Just like many of Telltale’s other games, The Expanse: A Telltale Series will be set prior to the events of the TV series. The protagonist of the series is Camina Drummer, who will be played by the original actress Cara Gee, the leader of a ragtag scavenging crew on the hunt for a mysterious treasure on the edges of The Belt.

Much of the action happens aboard the Artemis spaceship, but the game will send players to various locations beyond the outer belt’s solar system. More importantly, while Drummer must work with a mixed bag of personalities and prevent a mutiny, players will have to make tough decisions that will dramatically change how the story unfolds.

We’re more than excited that Telltale is back after a few years of turmoil, and it’s not just because we love The Expanse. The studio announced two years ago that it’s working on a follow-up The Wolf Among Us, one of its best games based on the Fables comic book series.

Finally, it’s important to mention that The Expanse: A Telltale Series is being co-developed with Life is Strange: True Colors studio Deck Nine. The game doesn't have a release date yet, but seeing that Telltale Games is involved in multiple projects, it doesn't look like it will be ready for a 2022 launch. 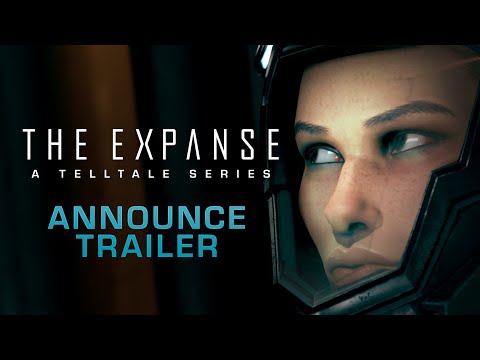