Vlad Mitrache
Exactly why Sony decided to create the VISION-S is a mystery. Is the Japanese company simply flexing its muscles, showing everyone how easy it would find it to enter the EV market, or using the vehicle as a platform to showcase other technologies?
10 photos

It's probably both and, if Sony could profit off it in any other way, it would likely take that too. However, the company still doesn't explicitly say it has any plans to go beyond the prototype stage, though it doesn't explicitly say otherwise either. It's one of those situations where it could go either way, and no one would be surprised.

To quote Sony, the goal of the VISION-S is to "contribute to the evolution of mobility," which is as ambiguous of a statement as you'll hear all year. It basically leaves all doors open for Sony, which is probably a smart strategy at this stage.

What stage would that be, you ask? Well, the "working prototype" was unveiled one year ago, and the company has been working on it ever since. The first of the two videos below shows a few sequences from the EV's development process, with one focusing on the care shown to small details such as the closing of the door. Could Sony already be taking swings at Tesla and its proverbially bad panel alignment? One can only hope because it would suggest the electronics company is taking the project more seriously than it would have us believe.

The video reveals a lot more information about the prototype, showing the car is in an advanced stage of development. Not only are the basics working - apparently, it's got a dual-motor setup with 272 hp, a top speed of 149 mph (240 km/h), and a 0-62 mph (0-100 km/h) sprint of 4.8 seconds, which is more than decent - but it also has gesture recognition, various driving aid features that could lead toward self-driving, a dashboard made out of screens, cameras for wing mirrors, and a sound system to die for.

Looking at the clip, you'll also see the VISION-S is far from having a finished interior. The shot only shows the dashboard, but despite the abundance of displays we mentioned earlier, we can also see the exposed metal in the A-pillars and the missing steering wheel hub, not to mention the approximately one metric ton of wires hanging from above. It's clear Sony is prioritizing the EV's exterior design over its interior, and that's probably a smart choice.

After making its debut in the US, heading back to Austria where most of the work was done, then going over to Japan for some more development, the VISION-S is now returning to Graz to commence its testing on European public roads.

The VISION-S looks to have largely the same dimensions as a Tesla Model 3 or, sticking closer to home, a Porsche Taycan or Audi e-tron GT. It has a nice, if somewhat generic exterior design, and the fact the company didn't do something bolder considering it's not constrained by any brand identity or anything is a bit surprising and, at the same time, disappointing.

Still, if that's an indicator of Sony's very serious intentions of sending the EV into production at some point, we won't complain anymore. Besides, the public's reaction seems to be overwhelmingly positive. Add Sony's reputation worldwide, and if the Japanese giant can keep the cost at a reasonable level and make a profit, it wouldn't be just madness not to sell it, but also a very big shame.

Entering the automotive industry is not the kind of decision a company takes lightly, not even one the size of Sony Corporation. For the moment, the news of the VISION-S' continued development should be enough to make us feel content and hopeful the EV landscape might one day expand with a great entry from Sony. 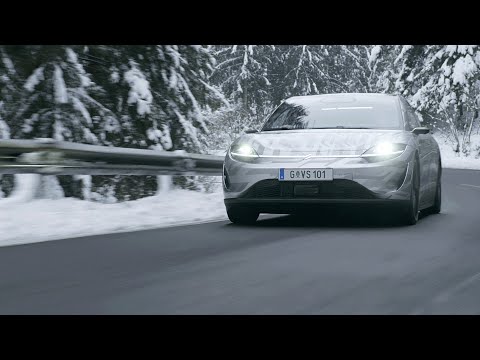 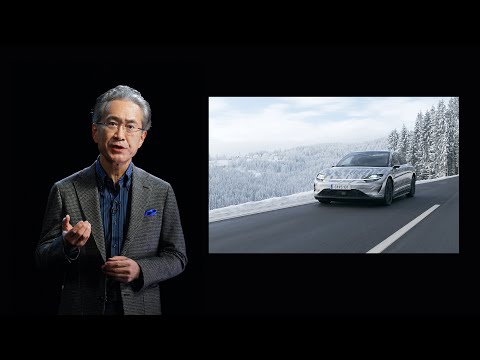 Toyota's Newest "Pick-Up" Is Electric, Has Only Two Wheels and Is Built by DOUZE CyclesSee all coverstories