2 The Day This Female Driver Learned Screaming at a Car Doesn't Stop It, Brakes Do

3 WTF Of The Year: Intersection In Moscow Temporarily Blocked By Box Of Sex Toys

Spoiled children usually end up as irresponsible adults, and this only gets worse if their parents are extremely wealthy.
1 photo
This is the case with Ruslan Shamsuarov, the son of the vice-president of Russia’s second-largest oil company, Lukoil. His father’s job gave this kid a nickname in the Russian media, which calls him “Petrol Boy,” as RT reports.

In the spirit of the “U-Turn” column and in the attempt of getting something positive out of an act of sheer irresponsibility, we will continue this story by referring to the twenty-year-old as “Petrol Boy.” It’s catchy, and we can’t help ourselves on this one, so bear with us.

So, what happened that made us write about the son of a Russian VP of an oil company? Well, Petrol Boy and his friends went for a ride through Moscow in the “Petrol Mobile,” a Mercedes-Benz G63 AMG.

Yes, we made up the “Petrol Mobile” just now, like a Russian version of the Batmobile, but with parents and more money.

Petrol Boy was not driving his G63 AMG, as he was probably bored with it already, so he decided to stream the drive on Periscope using his mobile phone, while a buddy of his took the wheel. Or should we say side-kick?

As usual, when a group of young people gets together, someone in the group proposes a dumb idea and everyone goes with it. In this case, the plan was to speed through Moscow, run red lights, and drive like an idiot in a more general way. Petrol boy’s side-kick went along, and the police quickly came into action.

Instead of stopping, getting a fine, and possibly lose his license for a while, the driver kept going. He was naturally supported by his passengers. The G63 AMG even went through a park, shortly after crossing the double-lane divider and riding on the sidewalk.

Eventually, they stopped the car and let the police do their job. The penalty? A fine of 5,000 Russian rubles. Sounds like a lot, right? Well, it is not, because 5,000 Russian rubles is the equivalent of about $75. Then, Petrol Boy had to publicly apologize. His apology included a justification for the driver’s actions. He claimed that his “side-kick” kept driving because he did not want to “appear weak.”

Feel free to watch the video below to see what they did, with the mention of only repeating it in GTA or some other video game that allows this. 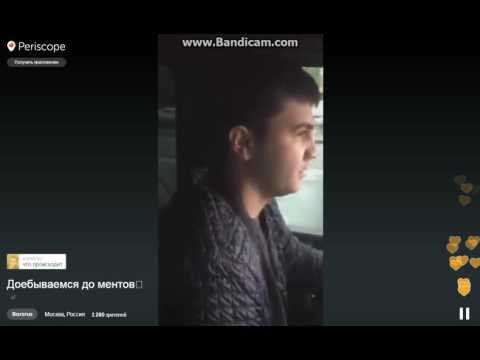