Someone Paid $1.56M for a Super Mario 64 Video Game, the Highest Bid Ever

Cristina Mircea
Rescuing Princess Peach in Nintendo’s Super Mario video game can be a million-dollar mission, as this unimaginable auction sale proves it. Turns out a sealed, pristine Super Mario 64 copy has just become the most expensive video game ever sold.
6 photos

The sale took place this weekend at Heritage Auctions, where the rare Super Mario was purchased for $1.56 million, in the highest bid ever for such an item. Several factors contributed to this astronomic price, with the first one being the fact that this game is one of the classics, a collectible meant to stir a lot of nostalgic feelings inside the souls of the 90s kids.

This particular copy of the game received a 9.8 A++ Wata grading, which is the highest rating offered by the expert team. It means the retro game is in a “like new” condition, as it was when it left the factory, or as Wata puts it, the best condition one would hope to see in a seal. The next best rating to aim for is an A+ one, followed by A, B+, B, C+, and C, with the latter being attributed to items in a poor condition.

Heritage Auctions described their listed item as being in a condition so breathtaking that they’re at a loss selling it and Super Mario fans are presented with an opportunity that shouldn’t be wasted.

Super Mario 64 was developed for the Nintendo 64 and was the first Super Mario game to offer players the possibility to immerse in a 3D adventure. The game changed two-dimensional sprites with 3D polygons and let players move freely through all three axes in space.

The Super Mario 64 copy sold at Heritage comes days after another colossal sale at the same auction when a rare copy of the Legend of Zelda game sold for $870,000. 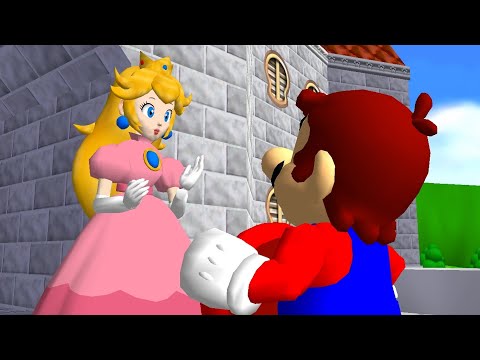