Dub-Box Trailer Is the Versatile, Elegant Vacation Solution for When You’re Feeling Retro

If you’ve been following Google in the last decade or so, you probably know there was a time when the search giant actually believed April Fool’s Day pranks were funny, so the company turned to all kinds of fake services that it advertised as real.
6 photos

All of them were obviously just pranks with zero chances of ever getting to see the daylight, yet some of them still caught the attention of netizens out there who wanted them to be real.

A skilled developer who goes by the name of ciciplusplus on YouTube is one of them, as the man just wanted an 8-bit version of Google Maps that Google only joked about as part of one of these pranks to be real. And what’s more, he wanted the port to actually run on a real device.

His work, which was based on other hacks previously allowing for similar ports, led to the creation of an 8-bit version of Google Maps running on an NES (Nintendo Entertainment System), and as you can see in the video below, everything appears to be working quite nicely.

It goes without saying that an NES version of Google Maps is barely usable, but on the other hand, you could still figure out where each country is despite the 8-bit graphics. In fact, the whole world is still recognizable even in such a pixelated form, though it goes without saying that Google Maps is barely usable in this form and the 8-bit port is mostly just a fun experiment and that’s pretty much it.

At the end of the day, however, this prank turned real nine years after Google rolled it out online is the living proof the company should actually be very, very careful about the things it jokes about, especially when it advertises products it has no intention to release. Now let’s see how manages to turn Google Nose into reality. 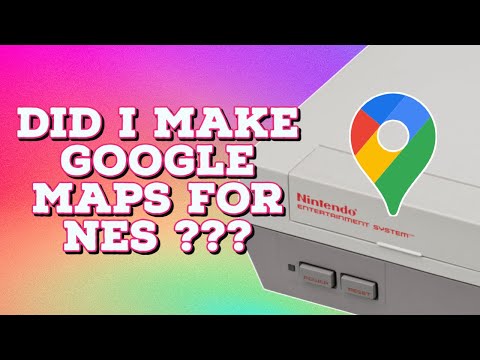