3 Daniel Craig Takes Iconic Prop Cars Out for a Spin

4 The French Connection: It's Been 50 Years Since They Filmed the 2nd Best Movie Chase Scene

5 Here Are the Most Memorable Movie Ferraris of All Time
Car video reviews:
Up Next

Some Vehicles Might Gain Value in Time, But Do Not Buy One Hoping That

Car enthusiasts are a complex crowd, and they are difficult to please. The biggest problem, one might say, is to launch a car that makes enthusiasts happy, and that also gets great sales figures. Whenever one pops up, it is either too expensive, or it gets criticized by enthusiasts as being inadequate in some way. As the years go by, the same model becomes valuable.

As you may be aware, the car market has gone wild in the past two years, but things were already off the charts with some models that are sought after by enthusiasts.

For example, just try getting an E30 in good shape and at a reasonable price. No, not an M3, a regular E30. If you manage to find one, take your challenge to the next level, and look for a Nissan S-chassis without modifications.

In Europe, you will also struggle to find hot hatches of the early 1990s at acceptable prices. Things like the Peugeot 106, Citroën Saxo, and many other vehicles that had rally versions (homologation specials in particular) ended up becoming rare, even though they were almost ignored for years. The same can be said about certain generations of the Honda Civic, not to mention the CRX or the Del Sol, despite not having significant (or any, for that matter) roots in a form of motorsport.

Today, either of the models mentioned above holds its price as if it were made out of marble, not steel that is just waiting to rust away. Those are just some of the vehicles that have become difficult, or nearly impossible, to acquire at an affordable price, as would be the case with a 30-year-old econobox with an unimpressive level of power under the hood.

As Doug DeMuro noted, there are ways to predict what cars will rise in value, and he lays one out today that has a solid reasoning behind it. It is a matter of twenty to thirty years, some of the vehicles that many car enthusiasts pass off as being uninteresting to them will become valuable and sought after for one reason or another.

Just imagine the first-generation Toyota GT86, as well as its Subaru and Scion siblings. While criticized on the internet by various people who probably could not afford one anyway, their resale values are not dropping as quickly as you might expect them, while scarcity will make surviving examples change hands for remarkable prices.

There is a direction that Doug DeMuro has not explored that far with his video regarding cars that will rise in value, and that is movie cars. This category is a bit more complicated, as some of them never get to be popular, despite plenty of screen time, while others were somewhat cool even when the film was being made, so their presence in the show is not the main reason for their popularity.

While there is no way to predict which of the vehicles shown in movies and TV shows today or tomorrow will become cult classics, the relative popularity of the Pontiac Aztek after Breaking Bad has proved that even a vehicle that is considered ugly in its day, ten years after it stops being made, and even further than that, can become something that is sought after by some people.

If you need a few examples of the phenomenon, just think of the DMC DeLorean. It would have been just a distant memory for anyone if it did not star in the Back to The Future series. The same can be said about the third-gen Pontiac Firebird, which starred in Knight Rider. Curiously, the rule does not apply to every vehicle shown in a movie, as can be seen with the Mitsubishi Eclipse from the first Fast and Furious film.

Mind you, the “movie car” thing only works if the film or TV show is popular enough to be aired across the world for a long time, and only if the manufacturer does not try to “push” the vehicle through a special edition, such as these five models.

Before you go and buy a car that you thought was cool after seeing it in a movie, stop, take a step back and remember that you are buying it for yourself, only if you like it, and the part with the value or the investment should be something like a fortunate benefit, not the reason for the purchase. For example, with a vintage Ferrari, the rise in value due to its presence in a movie is a fortunate benefit.

In other words, do not buy a vehicle you do not like as an investment, as the market is too unpredictable to ensure that will play out quickly enough for you to profit, if you ever get the change for that to happen. 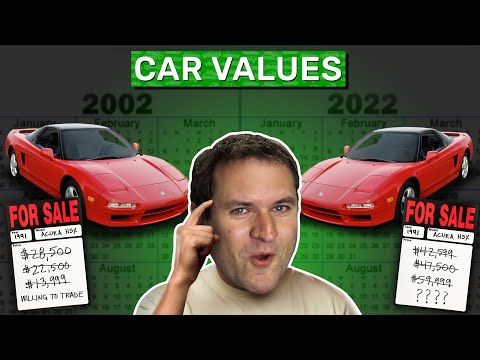 Editor's note: For illustration purposes, the photo gallery shows various vehicles that have been featured in movies or TV shows, along with special edition models.